Tonight was pizza night.
I suppose that lots of people have pizza nights.
But just saying the phrase suggests something communal and special.

Of course, we are out of delivery range so we make our own.
When I say we, I mean our little community here on Salmon Lake road.
Tonight there was Sally, Eric, Paul, My Dad, and us.
The one thing that we all have in common is that we live on Salmon Lake road.....year round.
It's not an exclusive club, but it's usually the same people because we all live here.
It is worth noting that we have more in common than just our address.
They say that birds of a feather flock together.
Despite differences in age, in background, in experience and more, there is a shared passion for certain values.  It certainly makes for good conversation.  There's never enough time to talk about everything. 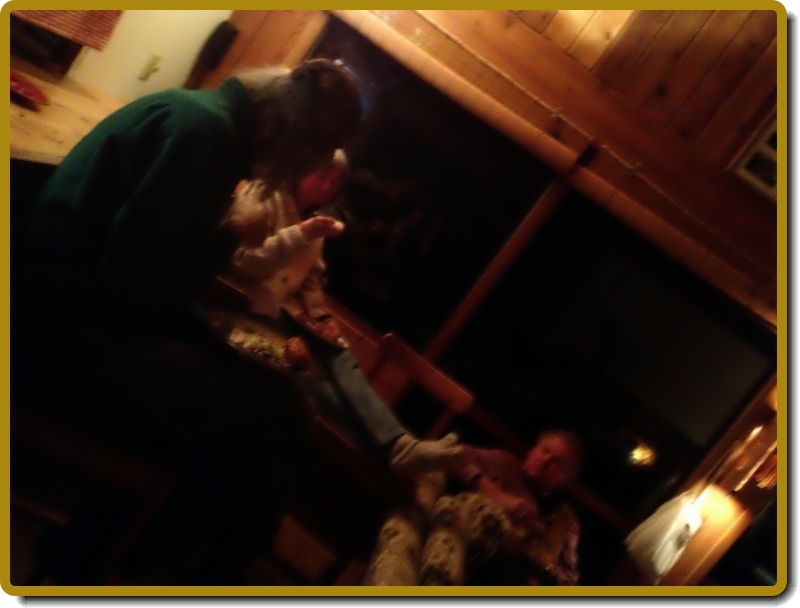 We all live here, but there isn't the time to socialize with each other regularly.
Everyone has a schedule and a routine.
Everyone has work to do.
Despite that, we make the time, every once in a while, to hang out, drink some beer and eat some pizza.
I don't know how many times we've had pizza night, but it seems that there is a pattern emerging.
Sally and Kira and I make the pizzas.  Eric supplies the beer.  My Dad and Paul take care of whatever else might be missing.
I love the chance to experiment with a new pizza and to drink as much beer as I can during the evening.
(I know that sounds immature, but I dislike repeating pizzas.) 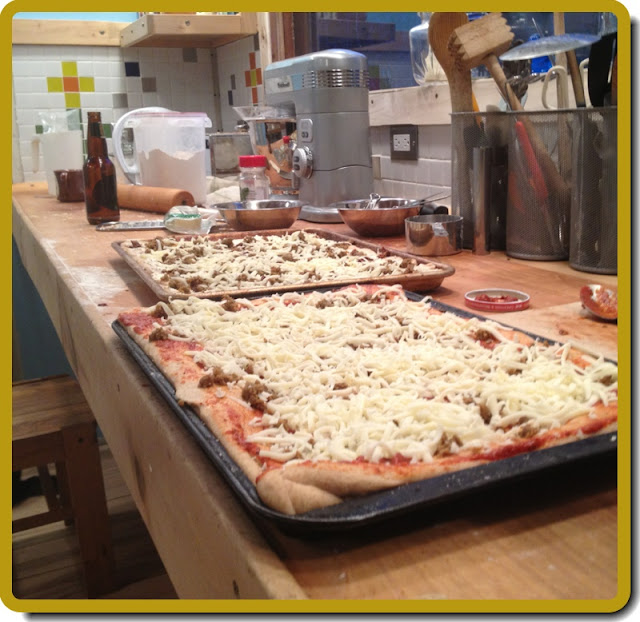 We switch between homes each time.
Tonight was our night to host.  It's easier for us to host because of the kids.
There is less time spent packing and unpacking tired children.
The kids find this kind of event tiring.  They have to expend extra energy vying for the attention.
But, they get to go to bed late, and when they're that tired, they crash pretty hard. 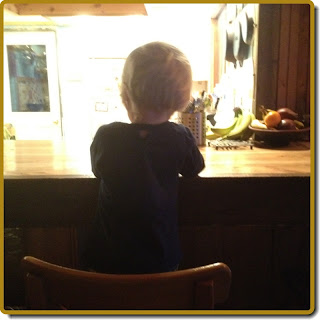 Tonight's pizzas were a mushroom and spinach pizza, a plain tomato sauce pizza, and a sausage, feta, and sun-dried tomato pizza.  Most everything is from scratch.  It's a always a great meal despite being overshadowed by the conversation. 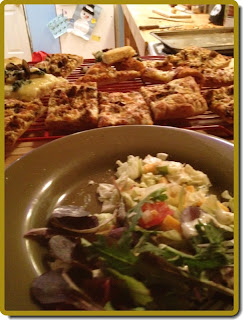 Now that the beer is gone and everyone has gone home, I feel as though the night went too quickly.

I think that we should be doing the pizza night more often. 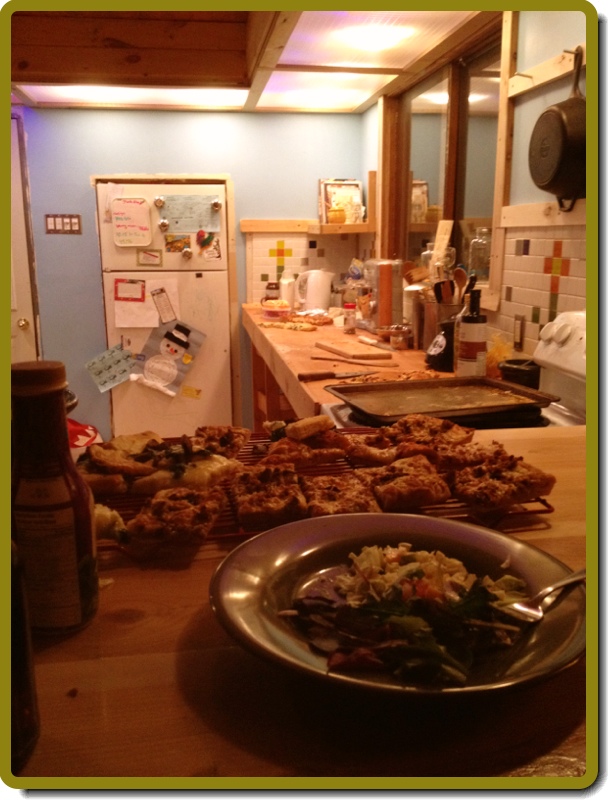