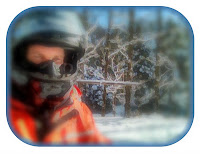 I wanted to be away from the main county road.  I like a nice long driveway that puts some space between my family and the road.  It comes, however, with a cost.  During the winter, the lane must be kept clear so that we may leave and return without getting the vehicle hopelessly mired in the snow.

Fortunately, we own a tractor.  It was something that we bought when we moved in.  To pay to have the driveway kept clear is too much for us.  Shovelling a long driveway would be suicide.  A motorized, walk-behind blower works well, but it only does one thing.  I will be talking about tractors a fair bit.  They play an important role on a farm.  The debate over whether or not we should use animals instead is still an open debate.  There is no clear answer for me.
I like my tractor.  It clears the snow for me.
The pastor who married me and Kira came to our home to give us pre-marital counselling.  The first time he was here, he noticed the tractor. 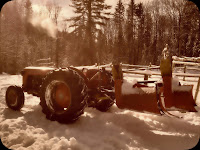 Today I cleared up the snow from Thursday.  I like to wait for the snow to stop and the temperature to drop before clearing the lane.  It makes for a nice finish, among other things.
Kira thinks I am too fussy.  Maybe a kind of OCD.  It bothers me if a dog pees on my nicely manicured laneway.  I get over it, but it makes me sad.  I am trying not to get too particular about simple things like clearing snow from the lane. 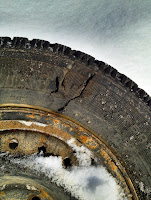 After I cleared the snow, I thought that I should test the van brakes to make sure that my recent work was successful.  But the van was stuck in an icy hole.  I have some truck ramps that I use under the tires in such a situation.  Today, it did not work.  One of the wheels gained traction on the ramp but only succeeded in firing the ramp back behind the van.  In less than a few seconds there was a huge double gash in the rear tire from a sharp edge on the ramp as it had glanced off the rear tire.
It sickened the tire.
It sickened me.
It's ok though.  No need for tears.  After the shock began to dissipate, I remembered that the van had one new tire on it when we bought it.  It was left unused when we equipped the van with snow tires.  Merciful. 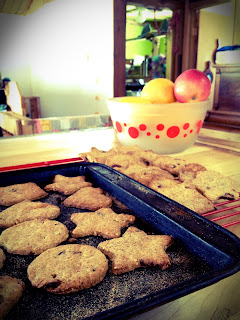 While I was wreaking havoc outside, Kira made some homemade crackers.  She does a great job of them.  There is really no need for a testimonial when the double batch is gone before the evening comes. 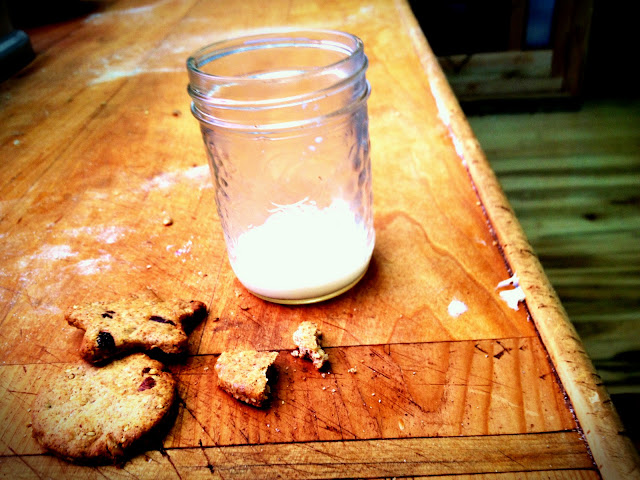 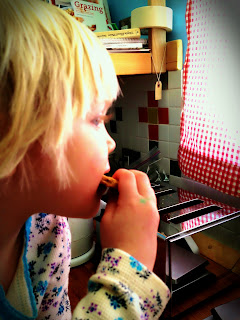 Mix dry ingredients. Work in butter until fine.  Add milk, form into ball and roll
out 1/8 -1/16 inch thick. Cut into desired shapes.Transfer to ungreased
baking sheet. Bake at 400F for 6-7 minutes until lightly browned on edges.
Cool on rack. Store in airtight container. 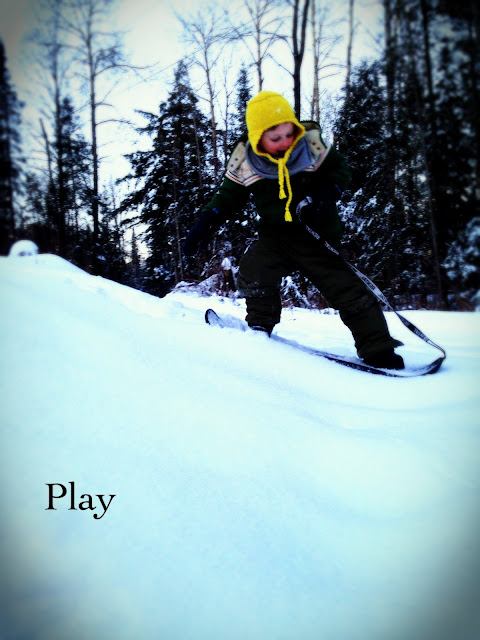 The later part of the afternoon I spent with Auren.  We fed and watered the pigs and chickens and then he did some sliding on the freshly groomed lane.  That is something worth being fussy for. 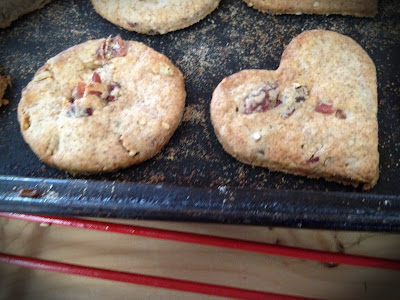