Going to 'The Farm'

The time has come to move another pig along.
There are lots of ways to say it and most of them help us avoid facing the reality of the event.
Kira grew up with the term 'going to the farm' for pets.
In truth, a farm can be a wonderful place for an animal.
In truth, most of them meet their end there. 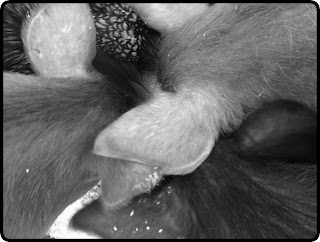 
Today I spent some time preparing.
I still don't have a great system in place but it will do; I have what I need.
I almost forgot to clear the ice and snow from the gate.
It's awkward when you're mentally prepared to do something that unexpectedly changes or falls through.


On the last animal, the bolt assembly on Kira's rifle gave me trouble just when I was about to use it.
Fortunately I had enough time to sort it out.  It's much easier to follow through a smooth motion. 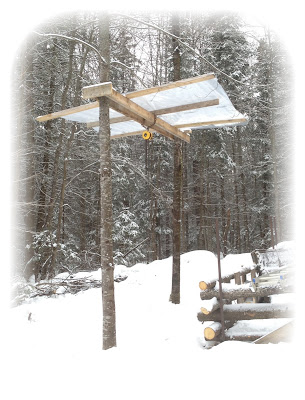 There's a canopy over the hoist to keep the snow off me.


I don't use the holding pen that I built next to the hoist.
It isn't a very nice pen.
It was, but the first two animals tore it up looking for food so that now it's muddy and damp.

it seems wrong for the animal to have to look at the hanging pole for a day.
But that's just me putting myself in the animal's place.

You are supposed to keep the animals from eating for twenty-four hours prior to slaughter.  They're allowed only water.  This helps empty the viscera for a clean evisceration.
I don't like to though.
I'm careful enough, so I think I'll let my animals eat.  It only seems fair. 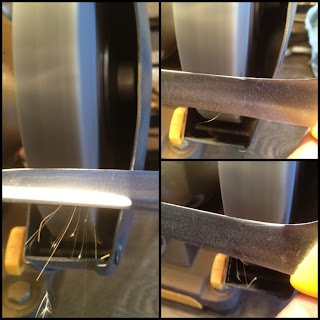 The knives were due to be sharpened.

You cannot do this without the sharpest knives.
I have several that I use for different tasks.
The job dulls a knife quickly so it's best to save the best edge for the most difficult manoeuvres.

I'll talk about knives in the upcoming workshop.

Fortunately, I haven't really become emotionally attached to the animals.
The little black one likes me a lot, but I think it's because she's picked on by the other two pigs.
The smaller red one is the one that crossed the fence line recently, and the bigger red one is looking ready to go.

I'm fairly comfortable with death.
That's not to say that I take it lightly.
We rejoice birth and lament death.
I believe that life and death are just two sides of the same door.
I understand that death is just as natural as birth.
I talk about death with Auren.
I tell him that we borrow our bodies from the Earth and must eventually give them back.
I respect him too much to lie.  Besides, he can see the truth for himself.
Birth and Death are both front and center at the farm.

The event...or slaughter has been pushed back one day.  I feel a sense of relief knowing that I have some more time to prepare.
I remind myself that it is truly a selfish act to be apprehensive.
And that life's ebb and flow is Greater than me. 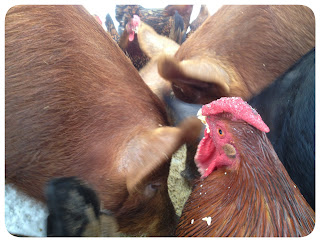 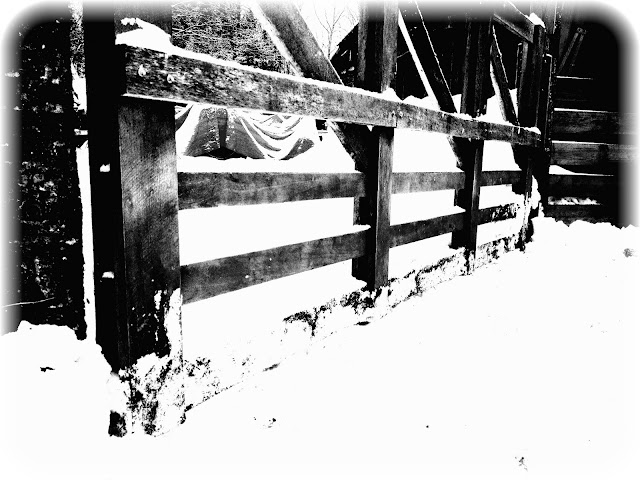