So, to begin with, there was this book.

It belonged to my Grandfather.
I ended up with it when he died.

The story I was told is that it was issued to young men returning  from the war.

The book is a farming primer.  Nothing really concise but it is intelligent, practical, and exceptionally dry.

What is interesting is that it predates the green revolution.
Although the methods used are not strictly organic, there is a great deal of emphasis placed on crop and livestock rotation, soil building and care, and companion planting.

What first caught my attention were the plans and calculations for building hydroelectric generation, water systems, an icehouse, and many other farm infrastructure projects.

When originally printed, it was a neophyte farmer's guide.
In today's context, it would be considered a self-sufficiency   handbook; a homesteading primer.

I honestly cannot remember when we decided to build a homestead.
Long before we decided to buy a house however, the ideas had planted themselves deeply within my unconscious. 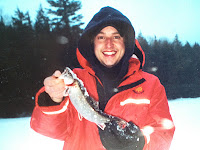 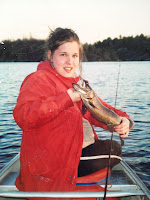 During that time, our focus was on fishing and camping.  We snowmobiled and ice fished during the winter.  We explored and camped when we weren't working during the summer.

This book was an idle curiosity.
I had never farmed.
Nor had I the intention of homesteading.