'No Soap' is the technical term for when your soap doesn't work out for you. 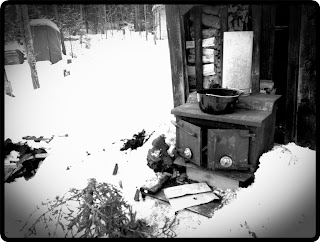 That's what we got today.  No Soap.


I am still trying to figure out what went wrong.


There are many variables.

Was the lye strong enough?
Did I put in too much lye?
Did I bring the temperature up too much?
Did I allow the soap to break by taking a little rest? 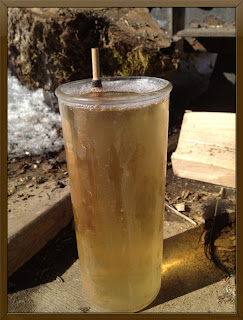 In hindsight, I was following several different methods all at once.
I'm still not clear on temperatures.  Some instructions talk about boiling the mixture.
Some just say mix, stir, pour.

Here is how it went.


I checked the lye in the morning and found that it was still too weak according to the stick.
I put it on the stove to reduce down.
I also tried putting a feather in the lye to see if it would dissolve.  It never did damage the feather even when at it's strongest.  It is definitely caustic, but maybe not enough.
The plan was to melt the lard to 85 deg. fahrenheit.
The lye water would be at 75 degrees.
Then I slowly, very slowly, poured the lye water into the lard while stirring.
It looked good to start. 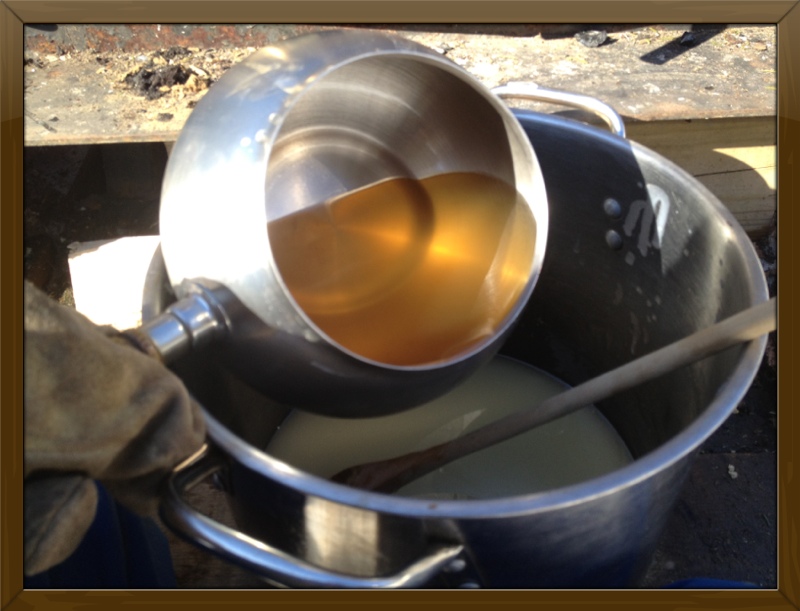 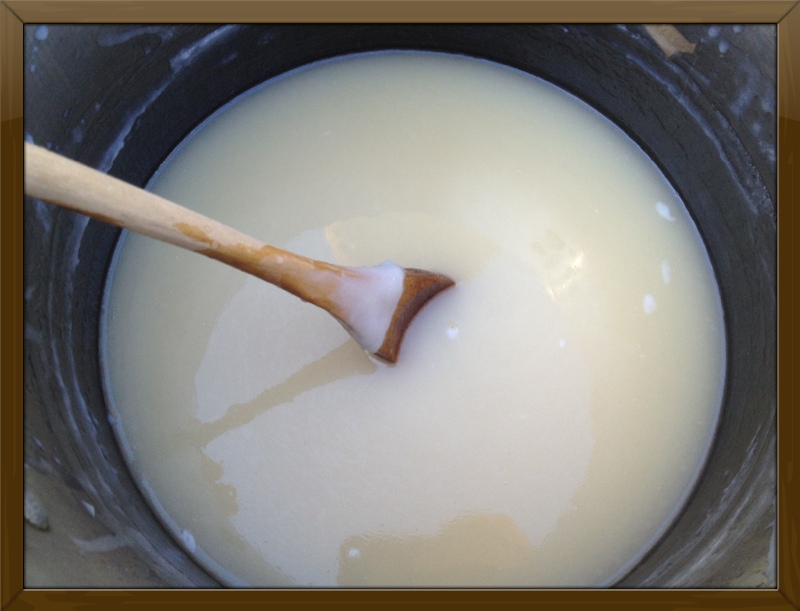 But it didn't thicken as I expected it to.
So I kept adding the lye water.
I added until I had none left.
I am sure it was too much water with too weak a lye.


Since it wasn't thickening, I thought I would raise the temperature to see if the reaction would take place then. 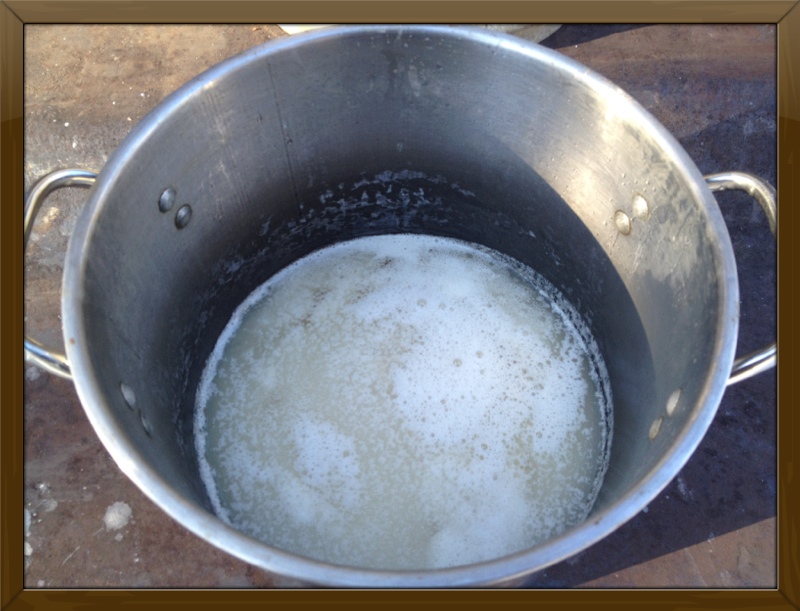 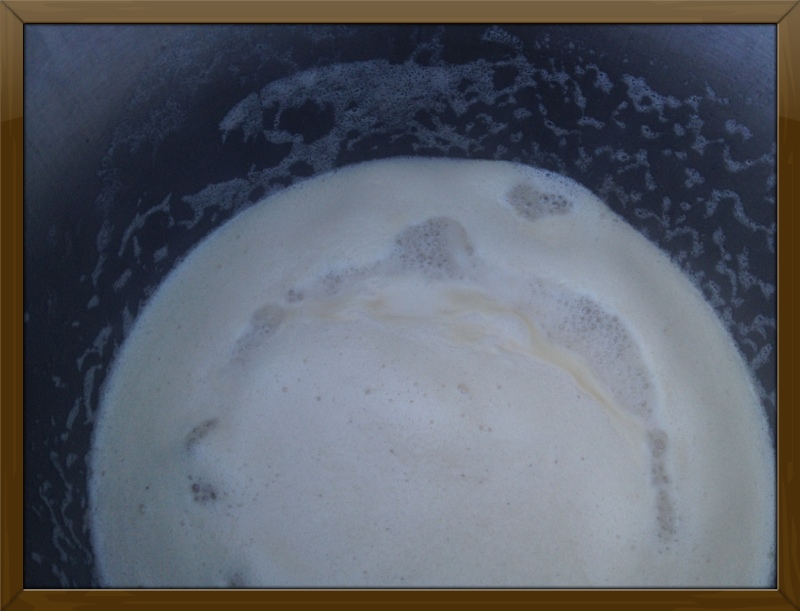 That is when I think it broke.
By broken, I mean the same thing that happens when you make a cream soup and heat it too much.
The liquids break away from the solids, and you get two layers.
This soap ended up turning into four layers.
A layer of foam.
A layer of fat.
A layer of lye water.
A layer of some unidentifiable sediment.


I still held out hope that somehow it would come together.
One source talked about the soap turning to an applesauce consistency before it turned into soap.
Not so today. 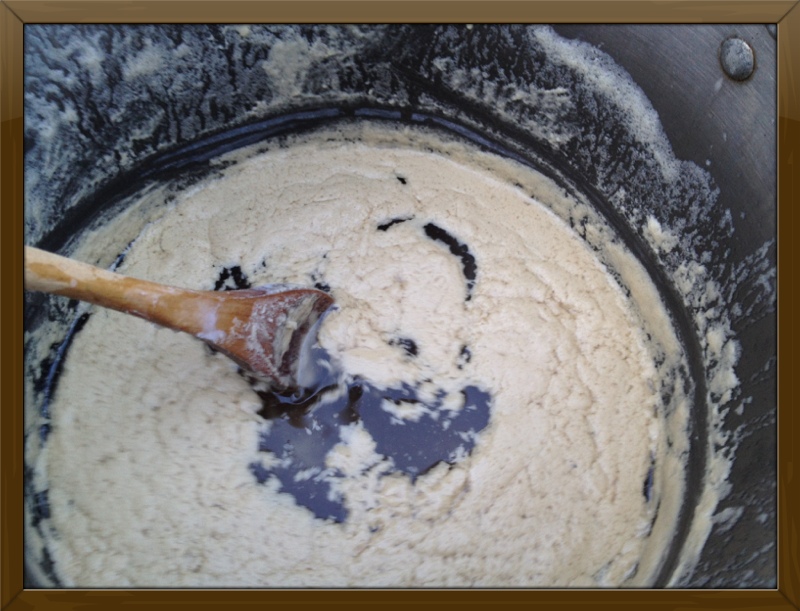 On the positive side of things, the smell of the soap ( let's just call it soap for a lack of a better term),
changed from melted pig fat to a warm earthy sweet leather smell.  It smells wholesome and clean.
It stirred a little excitement in me at the thought of what I might [one day] be able to produce.


Not wanting to give up completely, I poured the liquid into muffin tins to see what it would turn into once it cooled a bit. 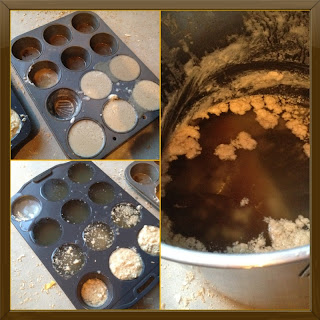 It turned out that the clear fluid was straight fat, and the water that was left was highly caustic.


Actually, the foam looked pretty good and so I thought I would just let everything cure as is.

Until after dinner.
You know.
You get stewing a bit.

So I changed my mind and started mucking around with it again.


I stirred the whole mess back together, heated it up a little and started stirring again. 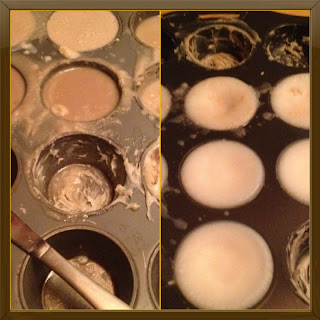 That's what I am doing now.
Writing a bit.
Stirring a bit.
It still looks like it won't go back together.


My only hope now is if the fat holds the lye suspended and then the chemical reaction could still take place while the soap cures. 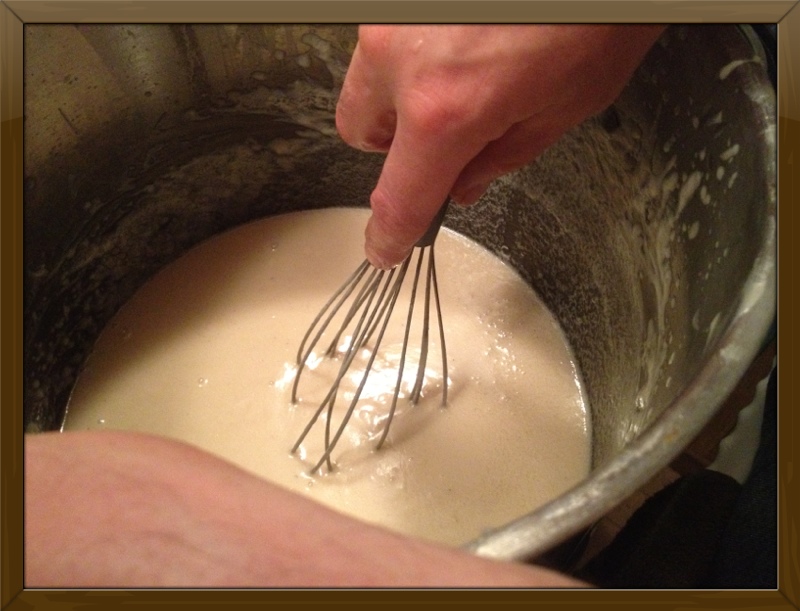 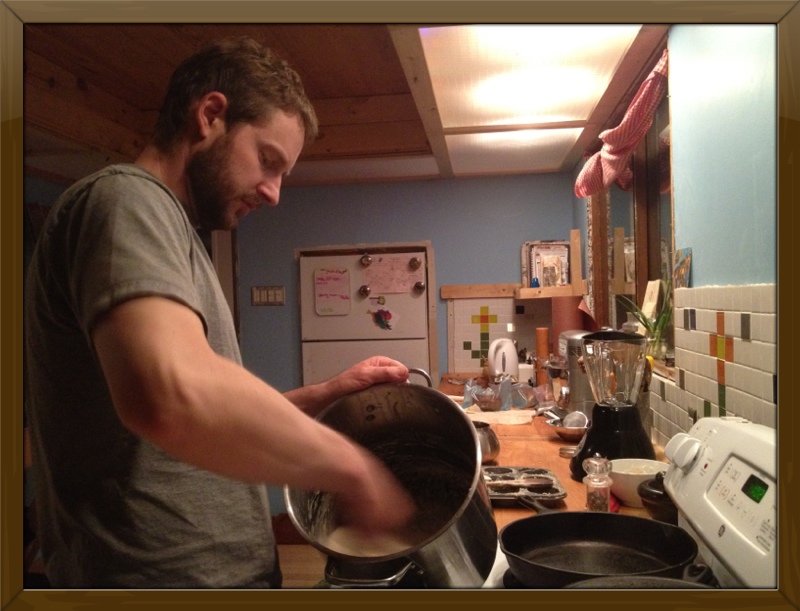 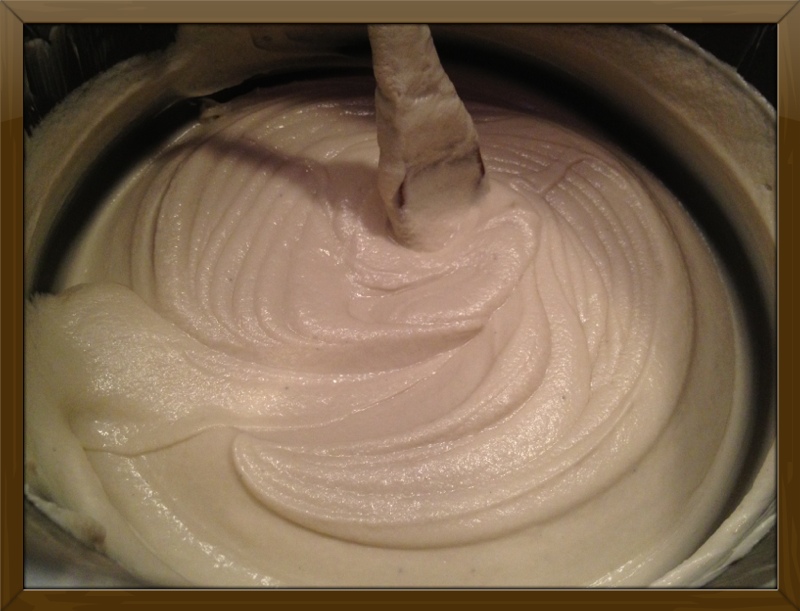 Honestly, I'm thinking about the  next batch. 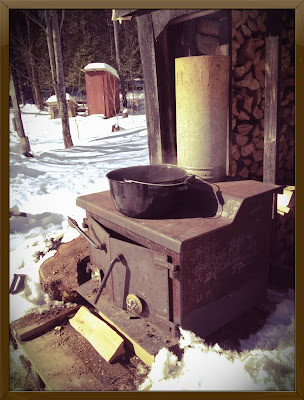 I am open to suggestions on this one.
Meghan already sent me a link that will help.
I am using homemade wood lye, and the recipes for the real old-time stuff are weak on details.
I also don't want to use a hand blender, which is commonly employed in the recipes.
The goal here is to produce soap with a bit of wood heat, wood ash, and lard.
If you know what I've done wrong, please let me know.
I am not deterred and I will be going at this until I get it right.
Once I get the method figured out, Kira will take over and turn the soap into something really special.
It is a fun activity.
Especially on a sunny late Winter day.
It's much like boiling down sap.
Not much to do but stir and stare.