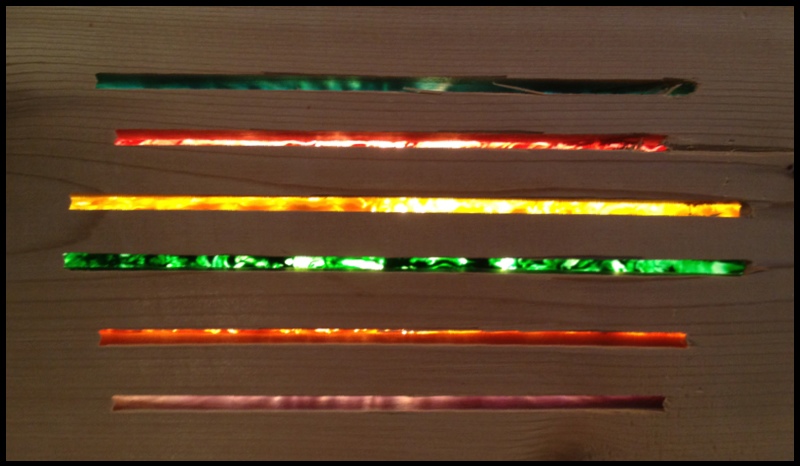 There are literally thousands of chores and projects around here.
Many are the mundane tasks that we all share.
There are exciting jobs like felling trees and herding pigs.
Feeding and watering the animals is a daily activity.
Some things have a real novelty feel to them like clearing the driveway with an oversize snowblower.
Some things loose their novelty after a while like clearing the driveway with an oversize snowblower.
Backbreaking labour like digging holes can take you down, but leave you feeling extra satisfied with job well done.
Unexpected challenges like equipment repairs throw plans off, but give me something new to learn. 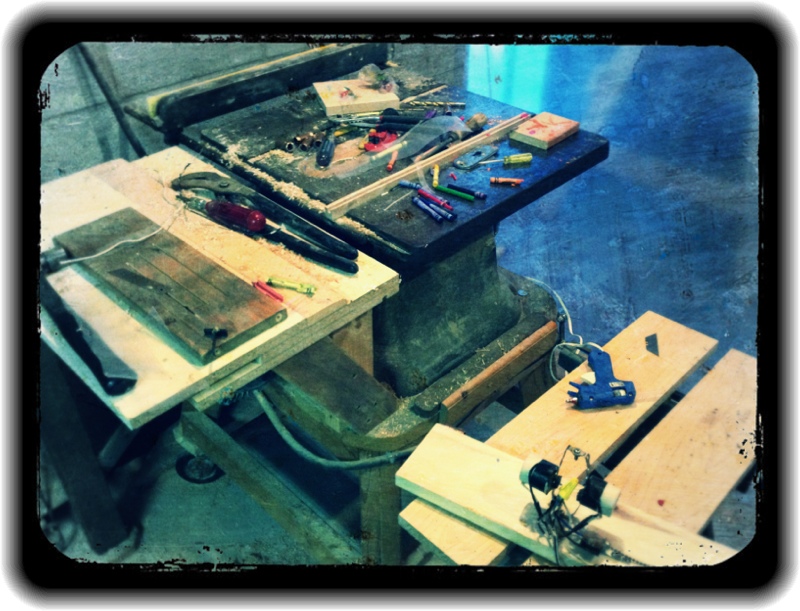 Of all the jobs on list, I like the creative building projects the most.
Something that lets me express myself  both mechanically and artistically.
I have a lot of projects in mind, but priorities deem that the essentials are dealt with first.
Food, Shelter, Love.

Sometimes there is a little opening that allows me to work on something a little different.
Most often, I get the 'thumbs-up' from Kira because these little ceative projects are usually meant to improve and beautify our living space.

I especially like to do lighting.
To be honest, I haven't done too much so far.
Of course there's the pump lamp that many of us built in shop class.
Our kitchen lighting is completely custom, although not quite finished.
There are gaps in the house lighting that need to be filled so I am starting with a small project as a primer for more ambitious plans.
The pressure is on now because Kira has taken up Crochet and the spot where she sits to work is really too dark for fine work like that.

The project is a wall sconce lamp that emits light both upward and towards the floor.
The light going up should add to the overall illumination of the room.
The light going down should cascade all over Kira's Crochet corner of the couch.
There is decorative light allowed through the sides, but not enough to distract the eye. 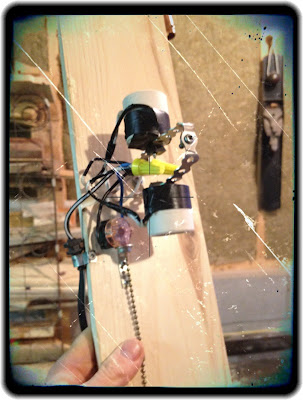 The lamp is made entirely of leftover or dump materials.
The main box is red cedar scrap.
The light sockets are from a dump light fixture.
The decorative part is vapour barrier, crayons, and hot glue from Kira's craft box. 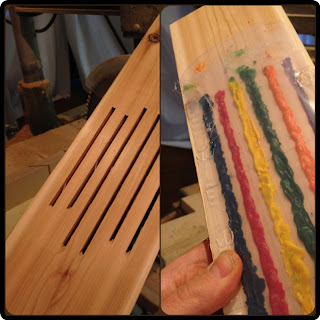 The box will be joined at it's edges by scrap copper pipe and scavenged screws.
(Before you throw out broken items, take them down for parts.)
The cord comes from a dead VCR.
This is a bit of a prototype so I could use superior materials for a more 'finished product'.
The lights sockets are supported by plumbers wrap, but I could make metal brackets from scrap, once I know that the entire project works. 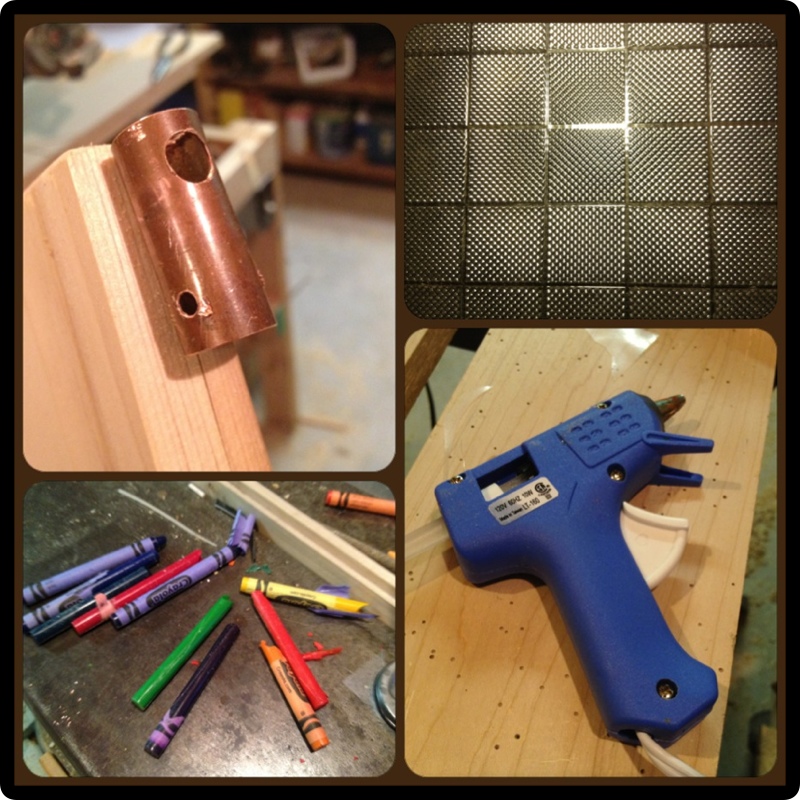 Incidentally, not all of my ideas work out.
I know....that really should go without saying.
Sometimes you can work on something for a really long time and then it either doesn't work or has some kind of fatal flaw.  Ask me about the steel garden shed sometime.
If this light works well, then I'll use it as an example and expand it's relevance to other projects. The colours would be best done with stained glass.
I would, however, have to buy stuff for that.
So, I used vapour barrier with crayons melted into the hot glue.
I got the idea when I tried using a crayon in the hot glue gun.
(That's another thing you could ask me about.)
I just melted the crayon into the glue as it came out.
I will probably use this technique on some other project.
It's versatile, colourful, and cheap.

I didn't get it finished today.  There are always those more important chores to attend to.
But, the basics are gathered together and so I should have it completed in the next session.
I'll be sure to post a photo when it's up on the wall. (Just don't hold your breath.)