This is our list of fruit plantings for this year.

Though we had talked about planting fruit quite a few years ago, last year we realized that time was running out.
Had we planted when we moved in, there would have been a big harvest this year; but there won't be.
Plants like these are expensive, and that may have deterred us in the past. But once you consider the long term value, it is worth getting plants in the ground as soon as possible.

We put seven apple trees, two pears, and Saskatoon berries in last year.
The year before, we planted several types of currants, blueberries, grapes, two pears, and a lone apple.
This year is the first time that I feel organized about the matter, even though it is only because of a large group order in which we participated.
I understand now that it will be an annual investment that will perform best if strategically planned.
That way, once the fruit begins to produce,
we will have good harvests every year. 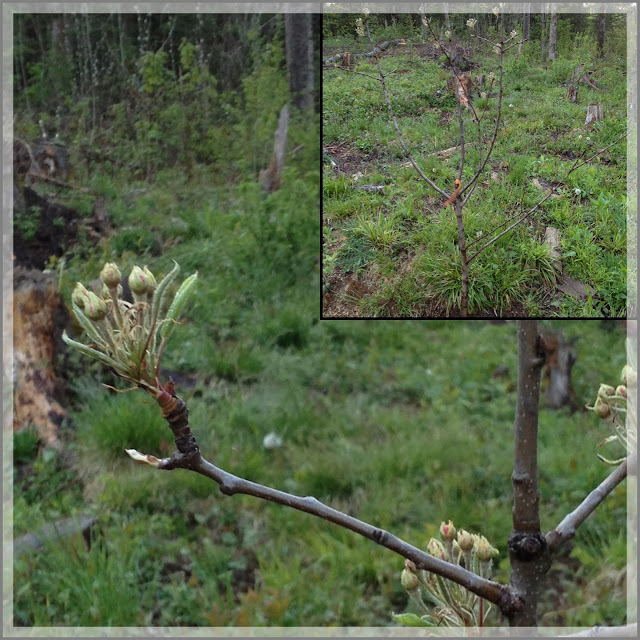 Ideally, once we have well established breeding stock in place, we will be able to propagate our own new plantings.
The current investment, therefore, is twofold.
Not only will we benefit from the fruit itself, but our ability to perpetuate that production will diminish the costs over time.
If we are able to sell either fruit or propagation materials, the rate of return will best any filthy market scheme or slavish guaranteed income.
Of course, like the money market, there are no sure bets.
Though I much prefer having better control over the odds. 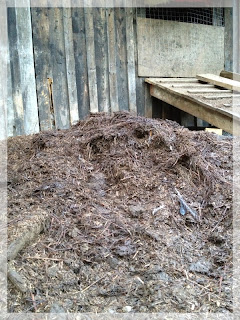 The focus of this blog is on farming in marginal lands.  We do have better land than many in the area, but the techniques apply to all; good and bad.
The goal is to grow soil, not just plants.
The soil is the key.
The fast track to building soil is with livestock, so if you plan on building soil with compost alone, prepare a generational plan.
Our existing soil varies severly from one location to another.  When planting the pear trees, the soil from one site was black and sandy.  Two meters over, the soil is red, and clayey.
Where we planted the Haskap, it is rotten rock that we used for landscaping our lawn.
(The lawn is quickly being drafted into production.)
The rotten rock is virtually sterile, though it must have some mineral value. If you know, tell me.  Otherwise, I assume it to be infertile.
It is however a great substrate for encouraging good drainage.
To give our valuable plants the best start, we made a mix for planting. The holes were dug extra deep and wide to accept the rich mix, which consists of aged horse manure, aged chicken coop litter, aged hog bedding, and clayey muck from the hog yard which was rich before the pigs added their wealth to it.
This was done without reference. It is simply a matter of capitalizing on what is available.
If, for example, you live on sandy soil with coniferous forest, but you have a swamp as well, the swamp muck could be mixed with the sand to create a superior earth.
Good soil should not be simply a good start.
As I said, the goal is to build soil.  Once the plants are in, they become part of your own ecosystem where you may manipulate resources to accumulate earth rather than just use it.
If you have great soil depth you may be inclined to chronically consume it's wealth until it has been depleted.
Many new farm owners have discovered that their soil has been abused for decades and now requires amendments to bring it back to health.
In the marginal lands, the temptation to take only, is diminished because the results of abuse will be immediate.
Soil that is continually grown year after year will remain healthy and fertile if treated as well as livestock and crops. 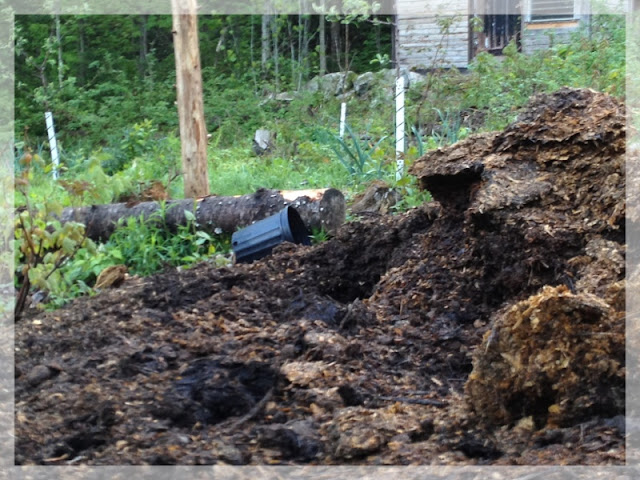 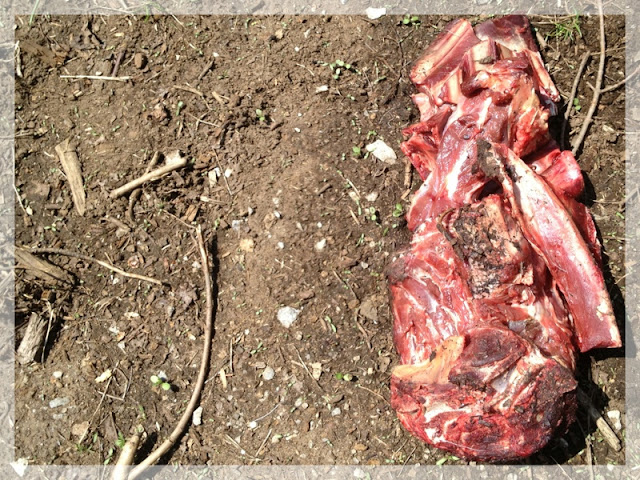 Compost and manure are obvious contributors, but don't neglect forest litter like deciduous leaves.
Coniferous litter could be used too, but with judicious management.
Be creative. Waste nothing.
The roadkill that I butchered recently produced meat as well as waste that wasn't suitable for the dinner table.
The leftovers went beneath the fruit trees instead of to the coyotes.
We haven't tried it yet, but stinging nettles can be made into a soil amendment by making a tea with them.
Look around at what you have.  If it's organic, it can be included in the soil.  There will be difficulties equalizing soil attributes, but a variety of ingredients should provide the palette for balance. 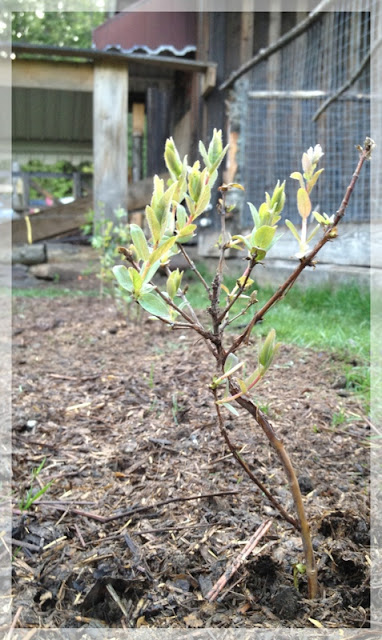 Keep soil development as the center focus.
When choosing plants, some contribute soil changing benefits such as fixing nitrogen or changing alkalinity.
This year has been eye opening for us as we discover plants that are uncommon here, yet have been used for centuries to cultivate marginal lands and extreme climates all over the world.
Many species have been newly developed specifically to meet challenges unique to Northern lands.
You have to look for what you need.
The big box stores aren't interested in permaculture. 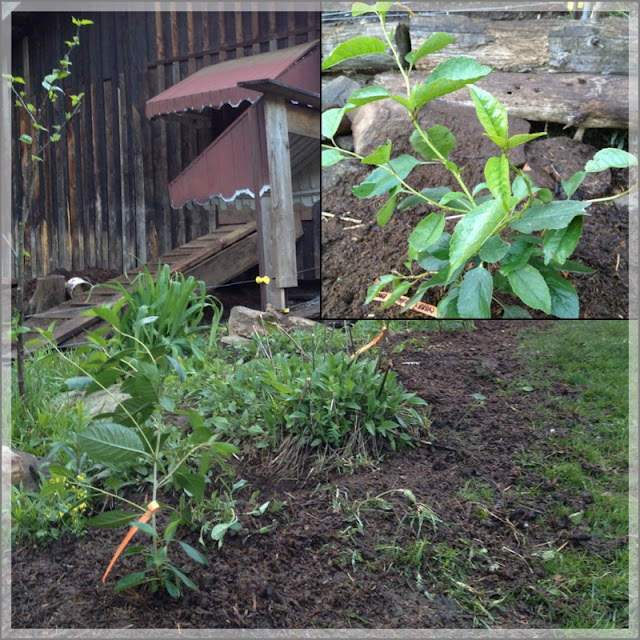 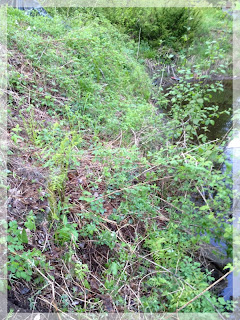 We certainly don't have all the answers.
But, we have learned that the answers are out there if you want them.
When you find naysayers, and dead-ends; move on.
When someone tells you that you can't grow sweet cherries in Ottawa, find someone that will tell you that you can.
There will be limitations, but don't stop searching for solutions. 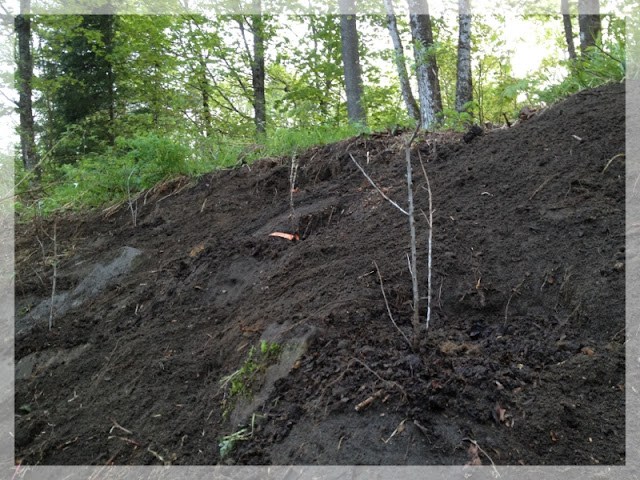 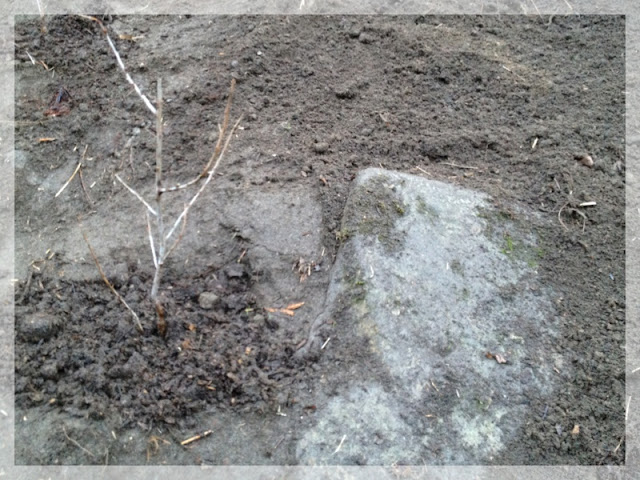 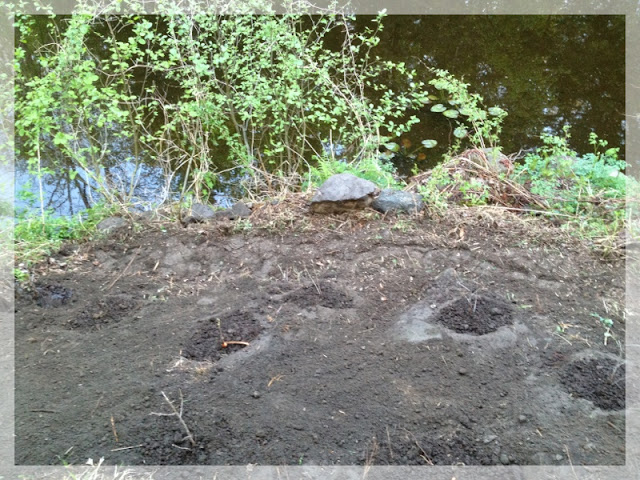 The soil in these photos looks stellar, but I don't really know what it is. I suspect that it is a blend of sand, clay and muck, from when this pond was dug out, before we arrived.
The plants are Sea-Buckthorn or Seaberry, and are supposed to thrive in just about anything. They are used in hedges, and preventing bank erosion.
They also yield a very healthy fruit.
We only learned about them recently.
And there will be more species to learn about.
I know that we have only just scratched the surface.
Each year we will try something new, and perhaps discard plans and species that don't do well here.
Diversity is superior, but there is not much point in keeping something that simply doesn't belong. 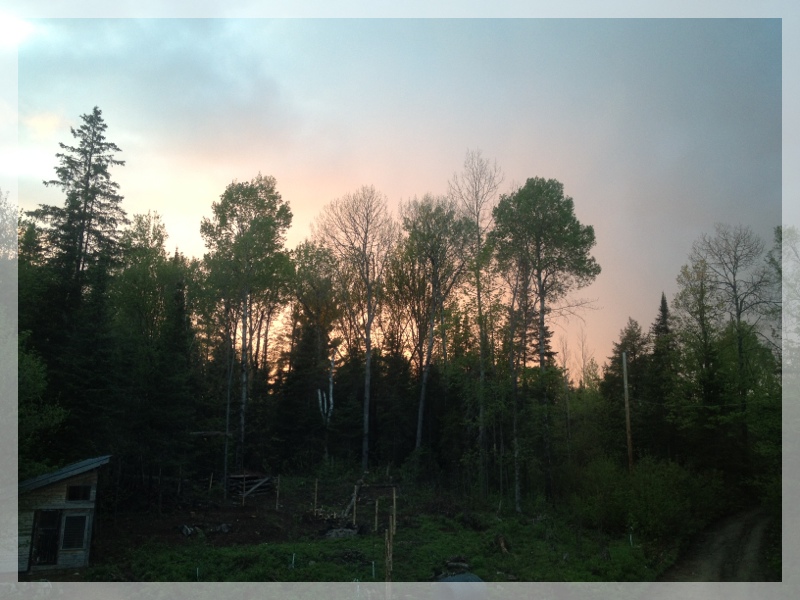 A few years ago, it would have been hard for me to picture the shield lands as being fruit country like southern Ontario.
And though there may not be peaches and Bing cherries,
the possibilities are limited only by the people who work the land.
With knowledge, resourcefulness, and determination, there is no reason why the shield can't rival the south for food production.
The land is willing.
We should be too.