We have come to depend on reference books and the Internet for much of what we do here.
Neither of us has any history of farming or self-sufficient living.
We are also living in a sparsely populated area, and although our friends and neighbors have had knowledge to offer, we fend for ourselves when it comes to hands on learning.
Truthfully, I have used only six or so texts to get us this far. The books have also been inspiring and so have helped propel us on in the early stages.
Recently, Internet access has improved our capacity for learning new skills and reading about other families' experiences.
It really has been a crucial link to a vast knowledge and experience base.
There was a time when much of what was available online was offered for money or as lead-ins for selling products. The amount of help that is now freely offered has been a great improvement to what ought to be an altruistic education vehicle.
There are times, however, that the Internet doesn't have what we need. Those times seem to coincide with the inability of the books to fill in blanks. 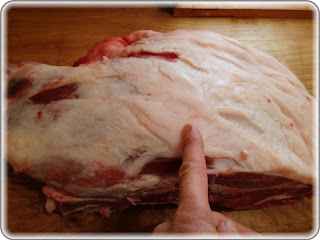 Generally speaking, I am a book person.
That is to say, a book will serve me well as a teaching method.
Of course, the Internet also works well in the same way.
Many people prefer the practical approach that a hands-on experience offers. There is greater context and a more tactile experience.
And, when it comes to homesteading skills, which are mostly manual, nothing is better than seeing it done, holding it in your hands, and witnessing it first hand.
Ideally, I will read about it, research it, and then try it out for myself. This normally works well for everything from building to animal husbandry.
By carefully preparing, we can avoid costly mistakes and make the best of a new experience.
Of course it doesn't always work out.
Let me offer an example. 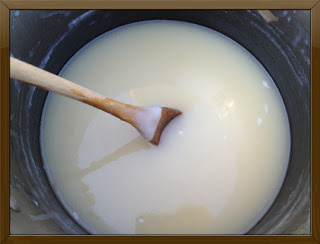 Remember the homemade soap?
Yes. There were some posts about soap making that we never saw the results from.
Well, it's been long enough for the soap to cure.
The all-purpose cleaner that I have been using for myself is running low.

What is going on with that soap?


Seeing as today was a snow day, it seemed a suitable opportunity to check out the original batches.

I had more hope for the second batch, but it seems that the first one came closer to becoming soap.
So, I went back to the Internet looking for answers.
All I found was more confusion. 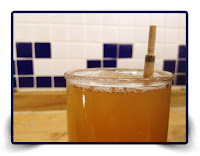 
After a while, I felt as though my books and the internet could not tell me what I needed to know.
I need a person who knows how to make hard soap from wood lye and lard.
I need to see it done.
I need to know if it needs more heat or less.
I need to know what I'm doing wrong.
Not having immediate access to a wood lye soap maker, I was forced into something dark and unpredictable.

With no sense of direction whatsoever, I just started playing around.
I took the first batch of soap and I put it in a pot to melt it down.
It immediately broke up and looked awful.
It appears that some of it did indeed turn into soap.
The remaining portion was still just melted lard with a hint of burning lye.
Without having any clue at all, I just started handling it to see what it was doing.
I just needed to take one course of action, or apply an idea to the sorry mess that was supposed to be soap.
I decided that, while I had put enough lye into the mix,
perhaps there wasn't enough water.
I describe the event as though it was well thought out.
In truth, I was forced to simply guess.
So I added water without lye in hopes that it would emulsify the lard and maybe even saponify.


I have the second batch ready to try to finish it.
They say you can't repair broken soap, but I will try, if only to see how the mixture reacts to different conditions. 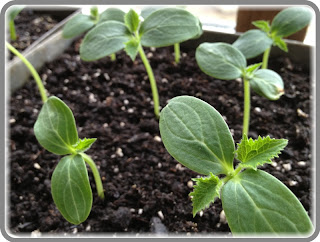 I believe that we may be entering another phase of experience here on our homestead.
The books have been read and re-read.
The Internet has been put to the test.
We have gone from knowing virtually nothing at all to offering help and advice to others.
But we are not where we want to be yet.
A great deal remains to be learned.
It may be that we must take what we have learned in books and from the online world, and apply it.

Not in the sense of repeating, in person, what we read.


I mean applying the accumulation of experience to solve problems that are not typical or textbook.
To go beyond what the book authors tell us.
Once even the most concise texts have been exhausted, the remaining details become a personal responsibility.


The new soap has been put back into the muffin tin.
It looks much better than it did before.
This time, I won't be waiting to see if it turns into soap or not.

I just want to see what it does. 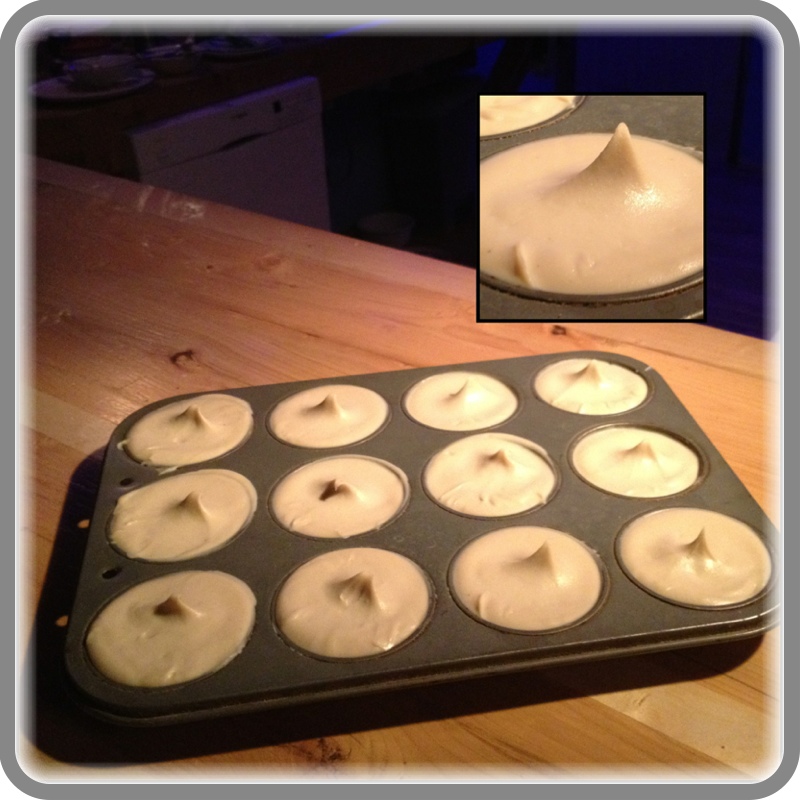