The firepit used to be where the little pigs are now.
It was one of the first things built when we moved in.
It ended up in with the pigs.
So, we had stoppped using it for a while. 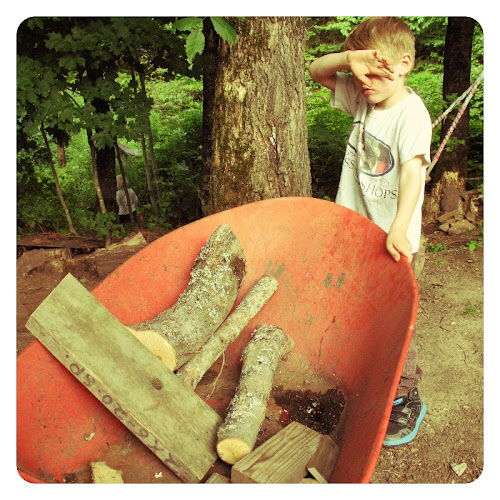 Last Autumn, Auren and I built a new pit.
It's close to the pond, and out of the wind.
We built a little spot for grill in it.
It hasn't had much use so far, but now that there has been some rain,
we are able to use it more often. 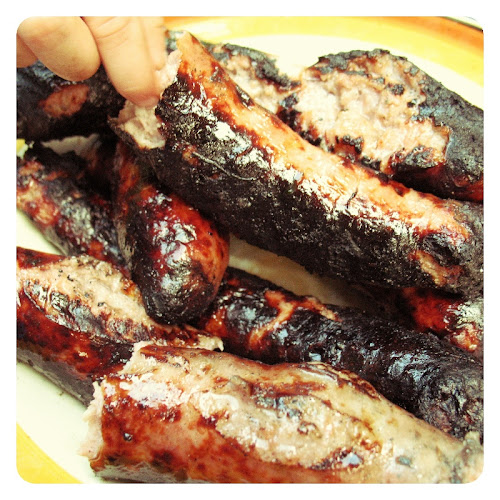 Tonight was a good night for a campfire.
One thing led to another.
Kira set the tent up for the kids in the basement.
It was only a matter of time before someone wanted marshmallows. 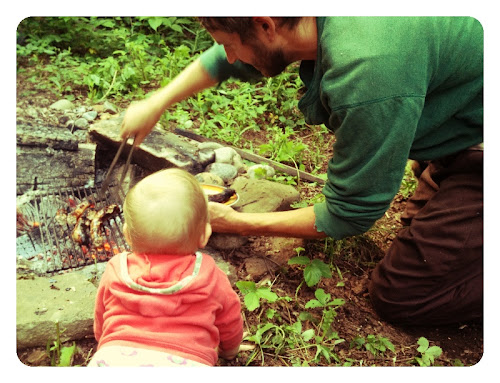 Our supply of meat needs to be refreshed soon,
so in the meantime, we buy from a local butcher.
Highland Meats
10124 County Road 503,
Gooderham, ON
Tel: 705-447-0129
Fax: 705-447-0130
There's a little grill for the firepit that is just perfect for handmade sausages.
Terry and Maggie at Highland meats make their own sausages.
We're fortunate to have a local source of quality meat,
especially when our own supply is limited.
I won't even try to describe how good they taste cooked over Maple coal. 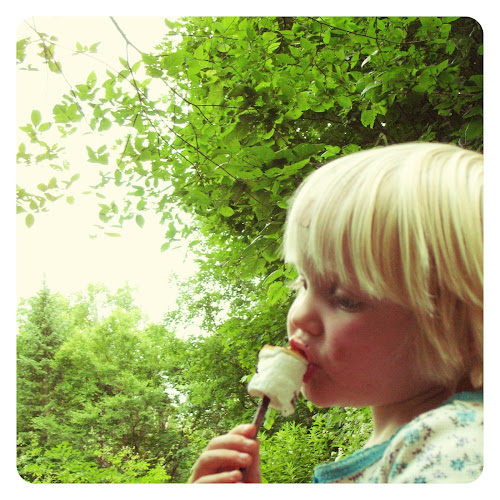 The marshmallows are store-bought, but not for long.
Kira will be trying some recipes out.
There is no denying marshmallows, when there's a campfire. 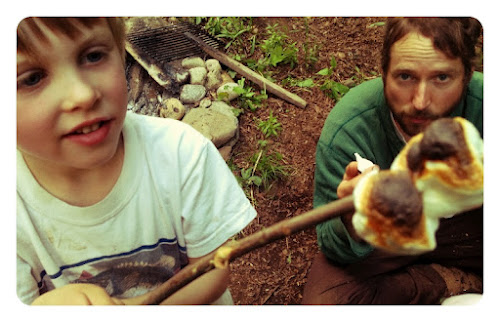 Parenting is not a precise science, yet there are a few constants.
Kids, for example, behave well when they are focused.
And few other things get children ( and adults too) more focused than
the idea of sleeping in a tent and having a campfire. 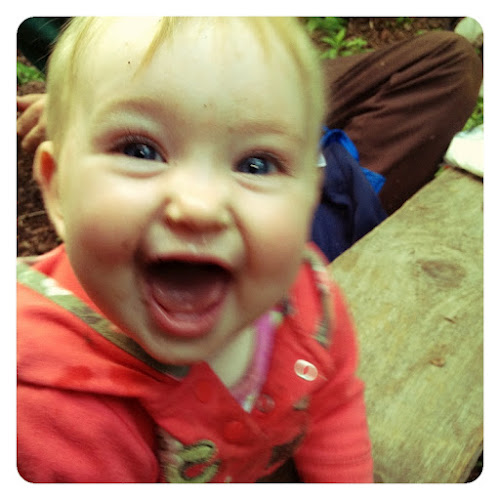 Auren has done a fair bit of camping.
Fern hasn't had the chance to;
she's overdue for the real thing,
Tonight they're in the basement in their tent.
It's camping to them, and I'm surprised they are still in their sleeping bags.
Though, they are very tired from the sausage and marshmallow binge.
If they really want to do some camping,
Kira and I will be more than happy to take them out when we can.
Because once they have a few of the basic camping skills,
we'll hardly see them.

Email ThisBlogThis!Share to TwitterShare to FacebookShare to Pinterest
Labels: Experiences