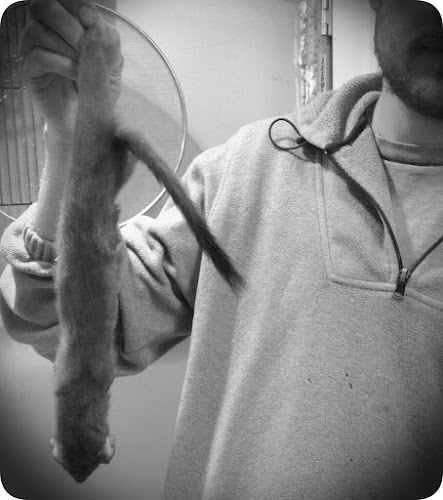 Hard hit by predators this year, we have been struggling to keep our flock of chickens safe.
So far, we have been targeted by the foxes, hawks, raccoons,
and now by a rogue weasel.
I had thought our coops were weasel proof. 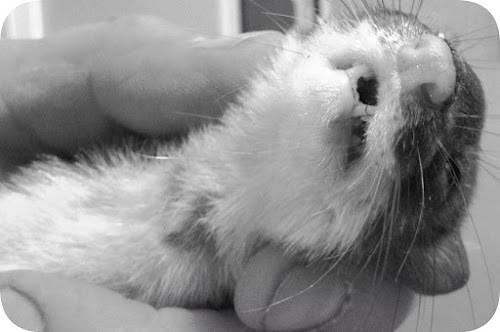 The first night it happened, there was the sound of crying chicks from the coop.
You could hardly see the cause for the speed and fury of the creature.
I didn't know what it was until I was right in there.
That night it escaped, only to return moments later to keep on killing.
Even while I tried to dispatch it, it was trying to kill birds.
Pure violence and death.
A pullet and cockerel died in the fray before the weasel disappeared into the night.


The following day I was working away from home.
Kira and the kids spent the day trying to shoot the weasel as it repeatedly came into the yard attempting to kill full grown birds.
At one point, Kira had it cornered.
But after the shotgun report the weasel survived and only the woodshed was wounded.

A day later, we thought the weasel had moved on.
But late last night, there was another disturbance in the coop.
Kira yelled "He's back!", and I quickly headed outside to try and end it.
As I ran past a pile of wood I reached down and grabbed a small piece of firewood.
Then I sprinted into the coop and closed the door behind me.
I grabbed a short stick from the coop floor.
The weasel was a blur of murder.
Shoving the wood into the weasel, I trapped it against a wall.
The other stick I jammed against it's throat.
Pinned and unable to breathe, the weasel died there.

I had a dream last night,
that another weasel came to attack chickens.
Maybe the spirit of the one I killed,
tormenting me in my dreams.