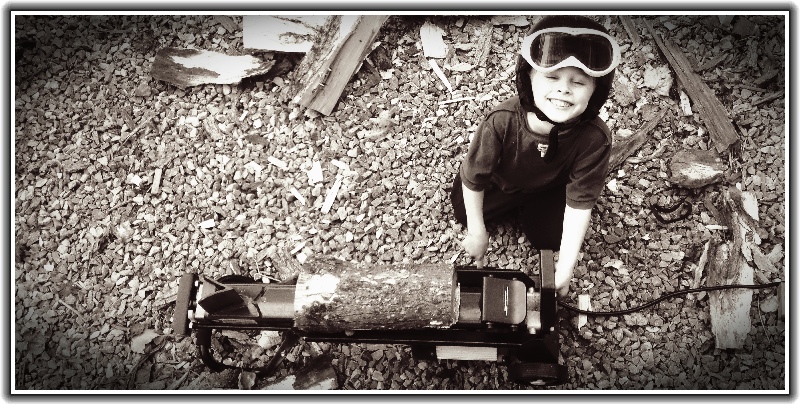 One of the the more frequently discussed parenting issues is the matter of safety.

We live in a culture that is obsessed with safety.
I believe that translates as a culture of fear.


Parents naturally want to keep their children safe.
But what is the cost of that safety?
Of the many fears, the fear of child abduction has been responsible for restricting the range in which children may freely roam.
Data suggests that the comfort circle has been shrinking steadily for many years.
This is despite the fact that almost all abductions are carried out by parents themselves, usually as result of a family break up.
But there have been frightening cases of children stolen by strangers,
so how do we evaluate the risks? 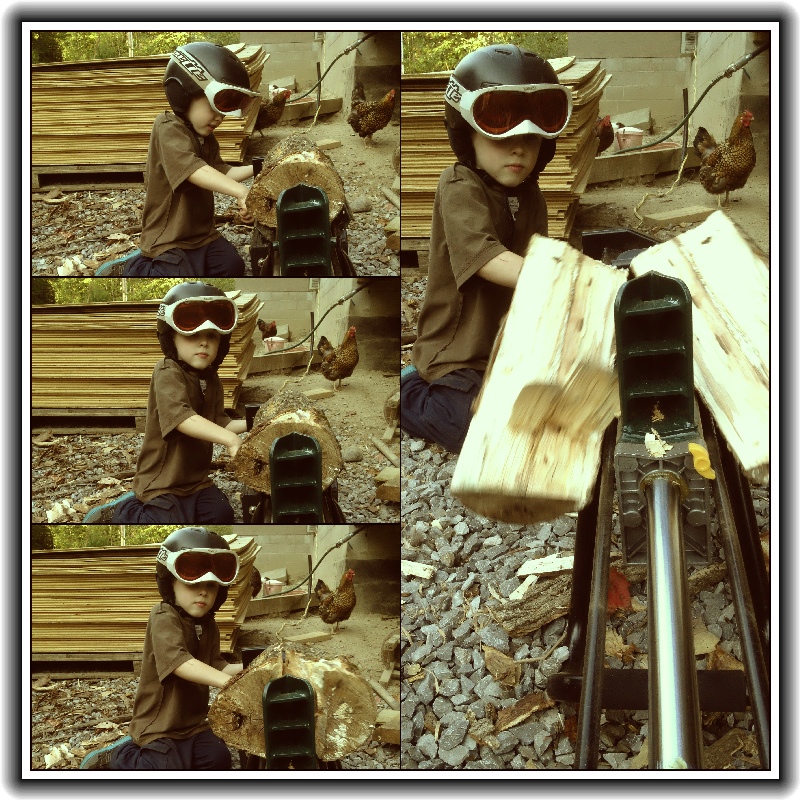 I always calculate risk against the most dangerous things that we do daily.
Walking down stairs and driving in a car are the first that come to mind.
Despite the inherent risk to these activities, we continue to allow them simply because it would be nearly impossible to go without.
Risk assessment is also a matter of result.
What will happen?
A water accident can result in a quick death.
So it's important to be extra considerate around water.
Kitchen knives can cut skin.
So it's a good lesson with a mild danger.
A bicycle on the road?
I rode on the streets and highways when I was a boy.
But I feel as though drivers are different now.
Our road is eerily quiet most of the time, but when there's a car, it's usually a cottager from Toronto who has been driving 120km for the the better part of two hours, and is not about to slow down on a desolate back country road.
So I don't let the kids on the road, because the chances of an accident are low, but if there was one, it wouldn't be just a broken leg. 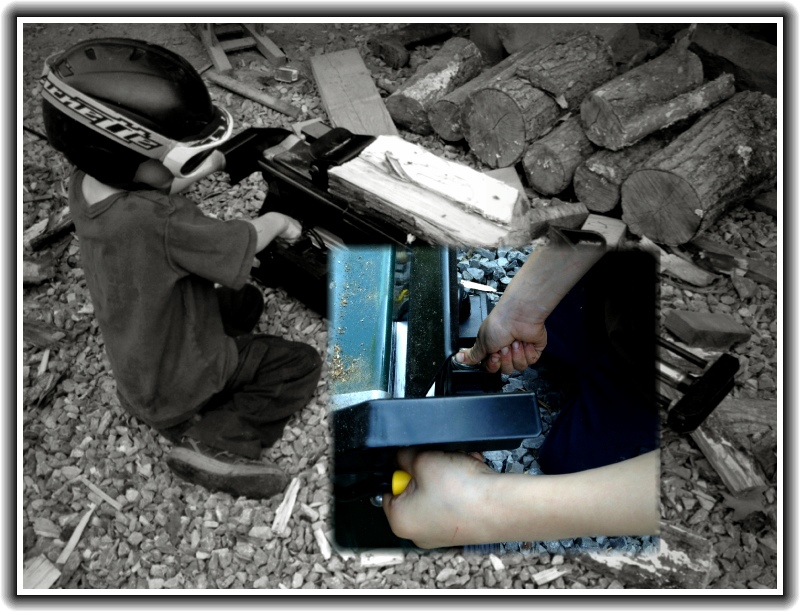 So we were gifted a wood splitter from my cousin Carolyn yesterday.
It's an electric model intended for mass production and sale to the general public.
The general public isn't very good with tools anymore, and coupled with the litigious habits of our culture, this splitter is child proof - literally.
For one, there is more than 20cm of space between the wedge and the ram when fully extended.
Also, you need two hands to run the mechanism;
one for the hydraulic lever and the other for the push button electric switch.
Auren is interested in the splitter and I am interested in him splitting wood.
I felt it was more than safe enough for him to split some logs. 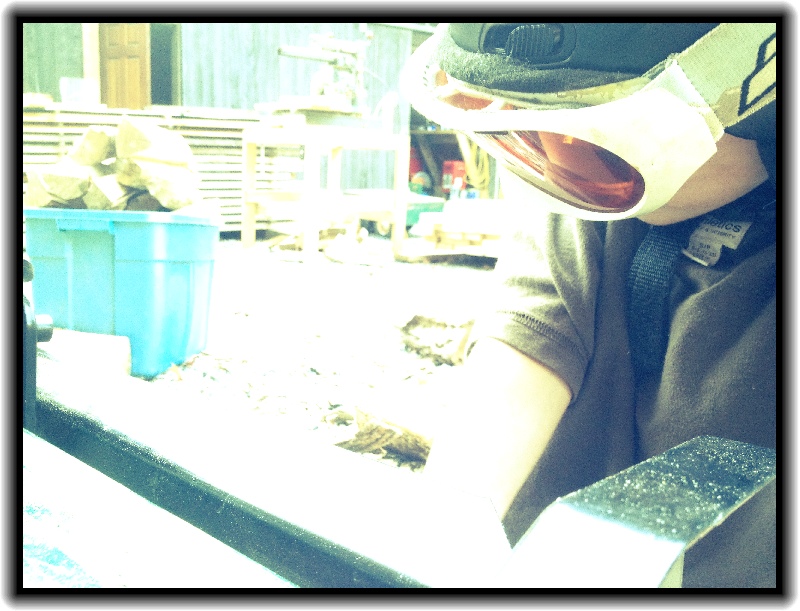 It really is impressive to watch your little boy running a little wood splitter that seems as though it was intended for children and not adults.
So much so, that I wanted to share some pictures on Facebook and write a little post about it.
But something held me back.
What would everyone think of me allowing my five-year old to use a wood splitter?
I was perfectly fine with it, having assessed the risks and decided that the chances of him getting hurt were virtually nil.
But what if some freak-show parent thought I was way out of line and called the children's aid society?
So that is my fear.
I may not be afraid to let my children use tools, but I am afraid of someone disagreeing with my own judgement.
Disagreement is one thing, but when you bring in the government,
common sense gets thrown out the window...
...without a helmet. 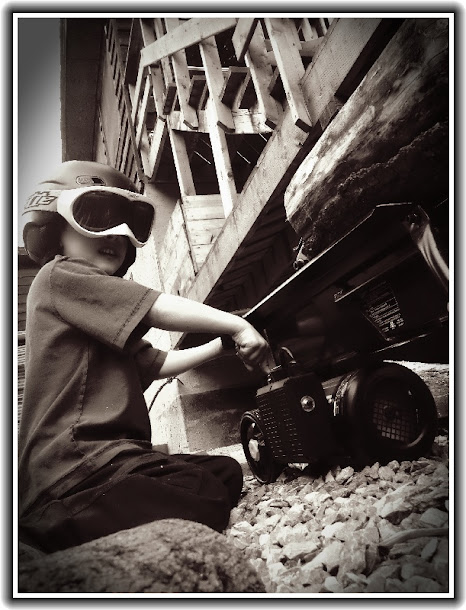 But I am not about to deny my children experiences based solely on my own fear of meddlers and the specter of an interfering government.
Danger is often what you make of it.


There really are no great lessons to be learned using an electric woodsplitter.
But it amounts to more confidence using tools that are more intimidating than a plastic woodsaw.
Auren is old enough now to realize when he is contributing to the household, and that makes him feel a part of it all.
This way, he feels a sense of accomplishment by actually helping do real work that keeps us warm.
The only real danger would be excluding him from that. 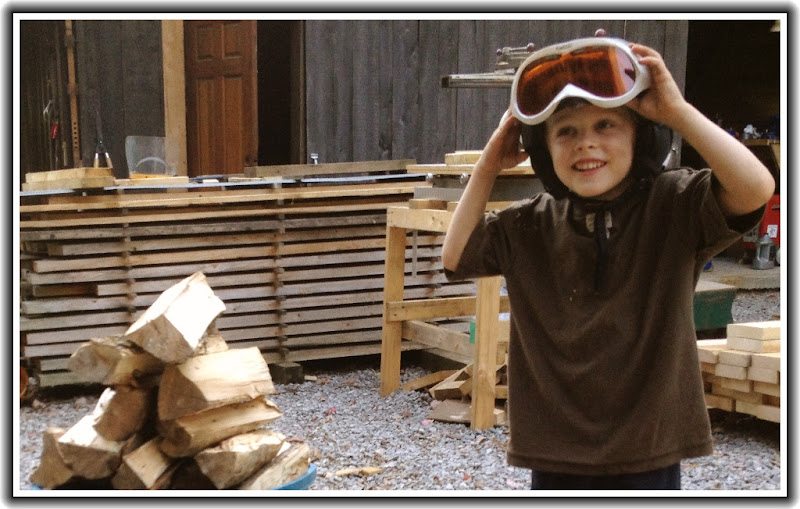 Email ThisBlogThis!Share to TwitterShare to FacebookShare to Pinterest
Labels: The Kids