The early Spring has thrown me off a little.
There is much to do, and a slow Spring would have told me which task to complete when.
Right now, I can do everything I need to, which means that it is more difficult to decide on priorities. 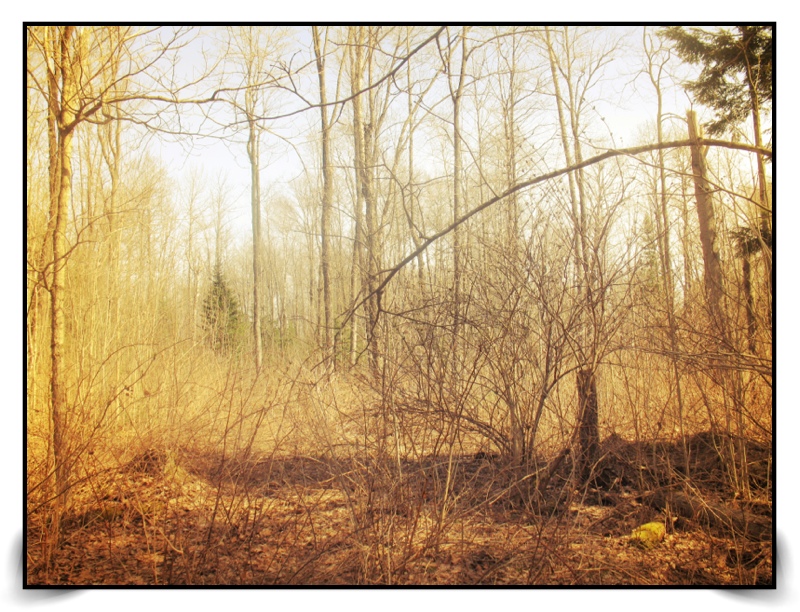 The pig yard is completely barren after a season of pig foraging. I felt that I had better get them moved before I do anything else.
But first, they need somewhere to go.


I have already talked about my crop plan, but here's a quick update.
The goal is to have five crop fields about an acre each.
The five plots will be in rotation.  At any given time there will be four in use and one left fallow and planted with a green manure.
None of these plots exist.
They are all currently forest.
Only two areas have been chosen thus far.
I intend to choose parts of the woodlot that will have less value as woodland and will make a greater contribution as cropland. 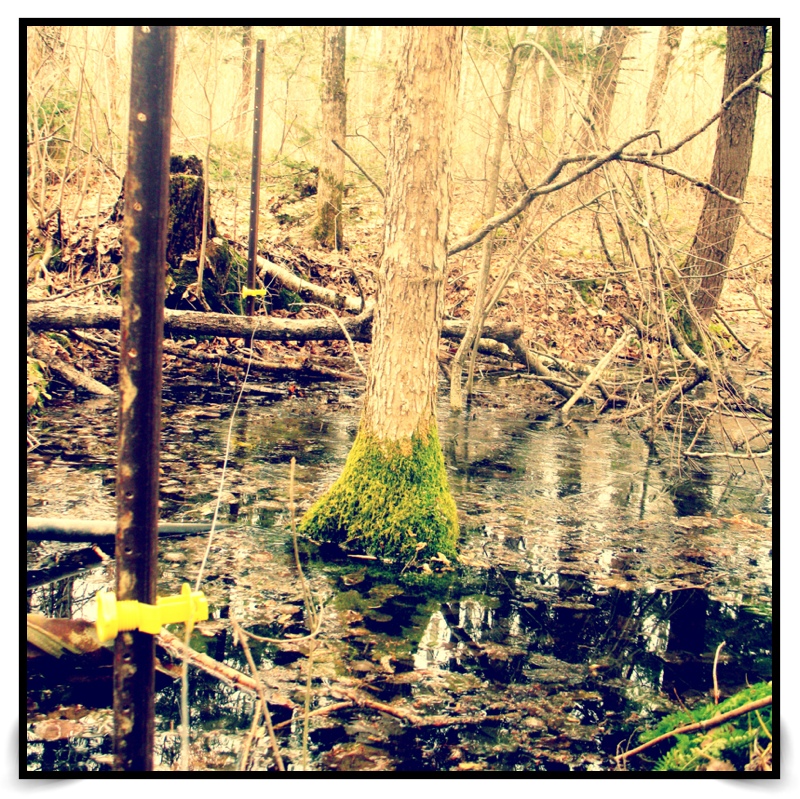 In come the pigs.
The first crop location has been chosen and the pigs will be moving onto it as soon as I have electric fencing up and some piggy accommodations ready to go.

When the pigs are through with the land, I will take the remaining trees down for firewood, pick the rocks, and  smooth it out in preparation for next year's quinoa crop. 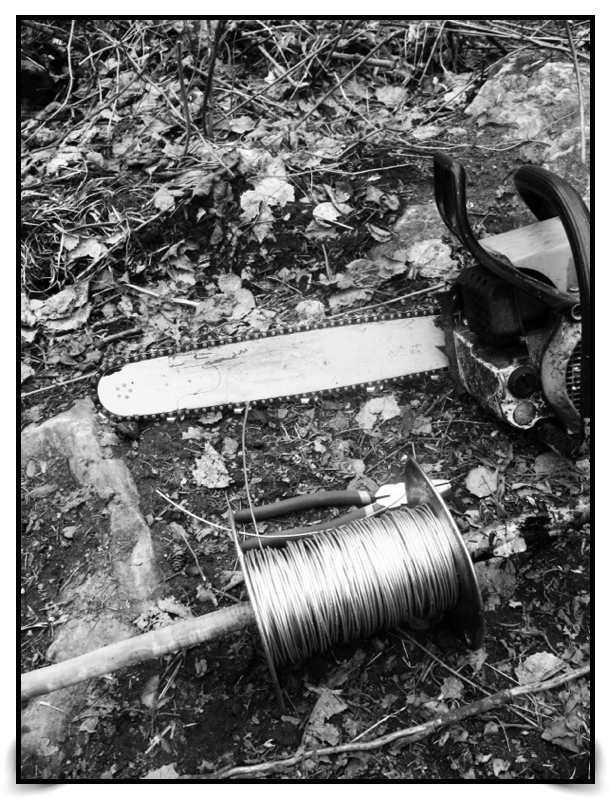 The electric fencing is a temporary enclosure.
When the pigs are done, the fencing will be moved to the next future crop location.

They will most likely move into the freezer.
Such is the life of a working hog. 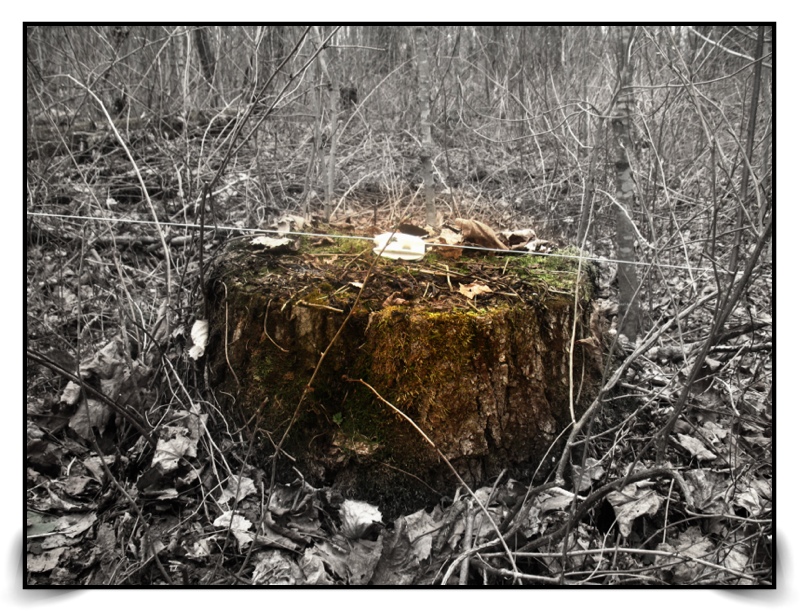 I have been asked about the stumps remaining in the field.
Stumps are notoriously difficult to remove.
Realistically, I will be plunge cutting the stumps with a chainsaw and simply letting the stumps rot.
The plunge cut allows moisture and decay organisms into the heart of the stump thus speeding the natural process up.
Another option is to pour some tasty liquid in and around the stump in the hopes that in digging out the wonderful flavour, the pigs will inadvertently dig much of the stump out.  Then a saw and tractor have a chance of pulling it out.
I don't expect to have easy working fields in the short term.
I do, however, plan on planting crops as soon as the ground is open and has been cleared of all other plants. 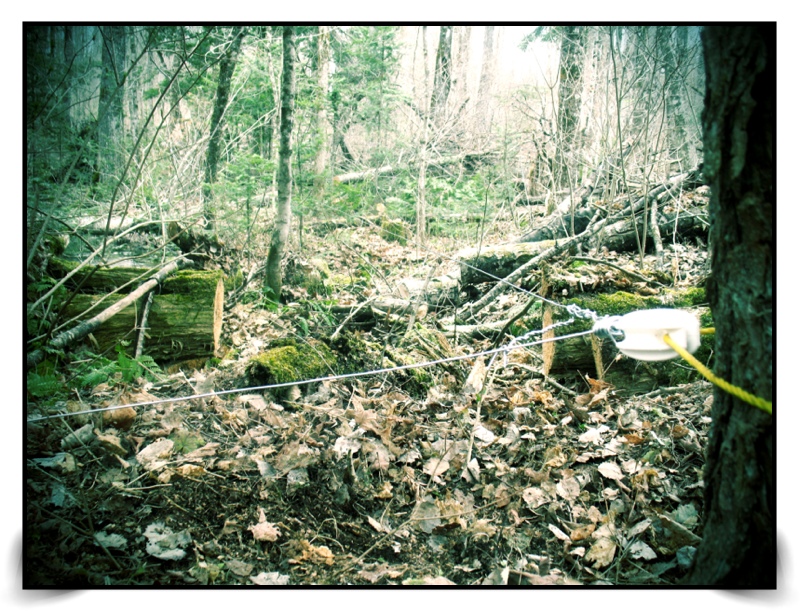 
We need them to allow us the ability to rotate our farming activities so that our burden on the land does not exceed it's capacity to sustain us. 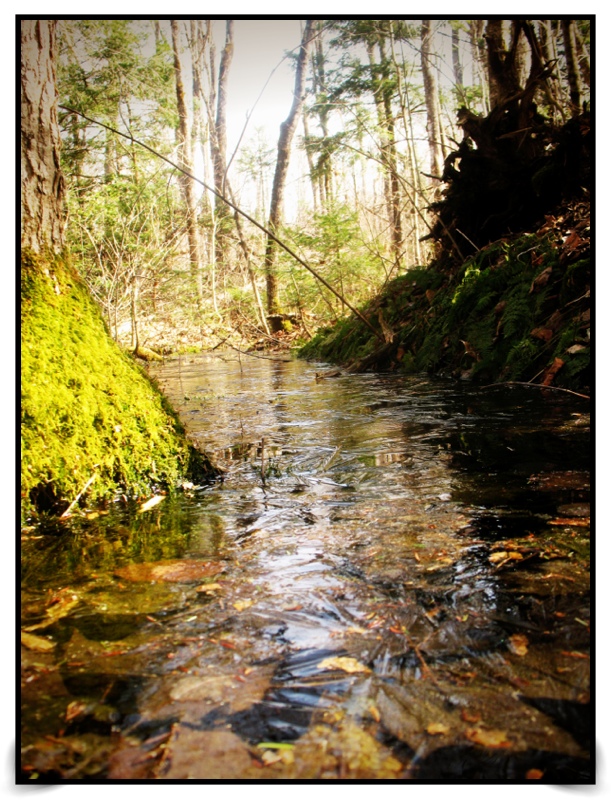 I am excited about a certain element of this first plot.


The area to be cleared is on a gentle southern facing slope.
At the top of the slope is a small hill covered with mature maples and a power rock.
The top of the hill will be left as it is.
I hope to have either a cabin, or a yurt, or even just a campsite, on the top of the hill.
It will feel like a sheltered wooded island.

To the south and up to the edge of the hill will be a crop with the uniformity of waves on a breezy lake.
The quiet woodland night belying the imperceptible and intentional motion of lovingly tended plants. 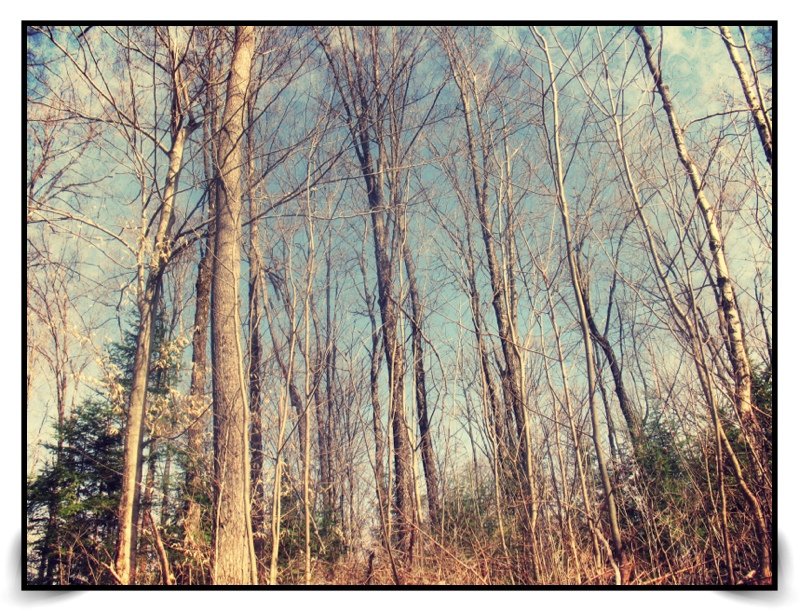