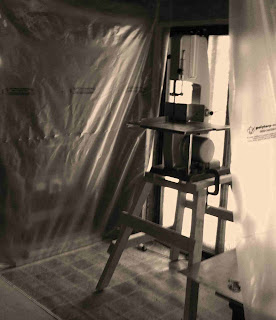 Today marked a milestone.
I have finished with the pig that I brought in last week.
The meat is all wrapped and frozen.
The fat has been ground for rendering.
The bacon is cured and put away in the freezer.

We have decided to keep our two remaining pigs for land clearing.
The freezer is full and we think we can manage the feed requirements for two animals.
Plans do change, but I think it is safe to put the meat processing equipment away for now. 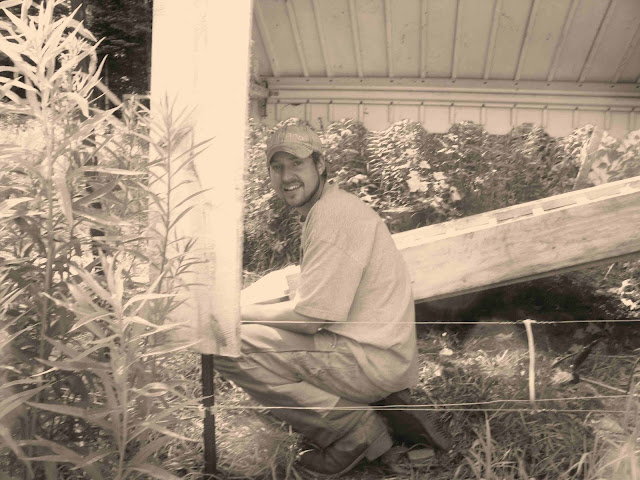 This time last year, we were deciding whether or not to try raising pigs.
We were looking for pricing and availability, and considering how we would manage a new challenge.
For people like us, there is a mix of emotions when starting something new.
It begins as just a plan.  We talk in the evenings about future projects and fantasize about how they may play out.
Then we make a concrete decision.  That's when we tell friends and family what we intend to do.
Telling everyone keeps us on track.  Once we've committed, we don't like to back down.
I tend to think things through rather thoroughly, so once we begin, it is just a matter of following through.
The steps are intentional and logical.  Sure, there are lots of unknowns, but good research will get you through most situations.  Excitement and apprehension trade places as goals are met and passed on.
The first challenge was finding pigs to buy.  They don't carry them at the hardware store so we had to go looking around. 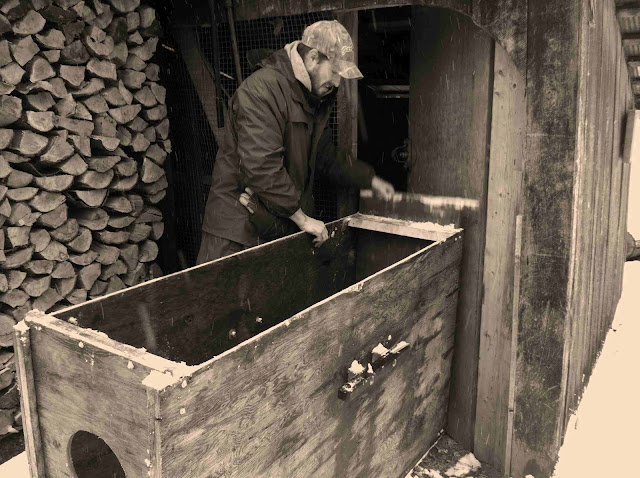 Then there was the matter of picking them up.  I built a pig box for our truck.  I didn't know how it would work until I tried it.  Not everything is in the books.  It turned out that the pigs traveled very well.  It was getting them out of the truck that was crazy.
The fencing is an entire story in itself, and one that needs pictures.
In hindsight, the day to day care of the animals was very straightforward.  They had lots of room to explore and forage. They have great sleeping quarters even though they chose to sleep outside until the weather turned cool.  The pigs just want to be fed and be given access to some water and some mud for wallowing.
During the dry spells we took the extra time to water their wallowing hole.
The big question all along was how the final processing would go.
How would we move the animals?
How would the others react?
How would I react?
Could I even follow through?
Could I handle the skill required for processing hogs entirely on our own and here at our home?
In the end, I had gone over it so many times in my head, that all I had to do was to listen to my own instructions. Everything went according to plan, with only a few exceptions. 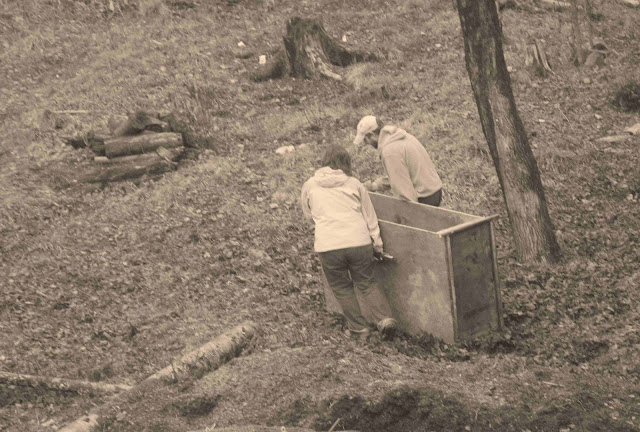 Now it is done.
It seemed so difficult looking forward.  Now, looking back, it was not really so hard.
Hard work maybe, but the problems were few, and the outcome was great. 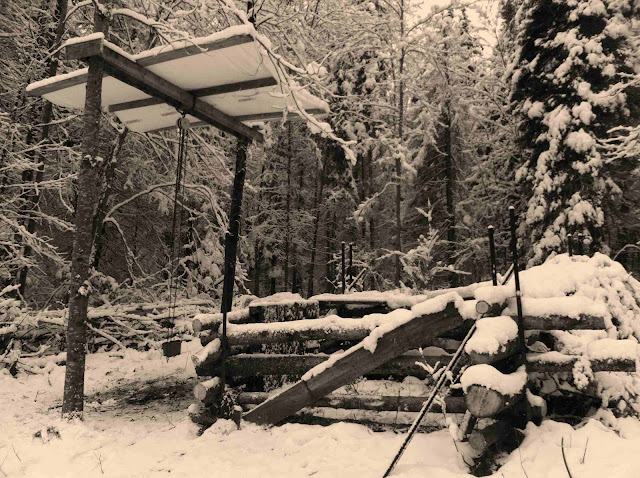 I have have now slaughtered and butchered four pigs.
I know that it sounds rough, but those are the words that we use if we are going to eat meat.
Many people asked us if we would have pigs again next year.  They asked before the final steps and so we said that we would reserve judgement until after all the steps had been taken.
Having finished up, I will say that we will do it again sometime.  Some things we will do differently.
Now that we've done it once, the next time will be more routine.
There is a little sadness that the excitement is done.
It is exciting to challenge something new.  It is exciting to challenge ourselves.
Now it is time to reflect.
Then we move on. 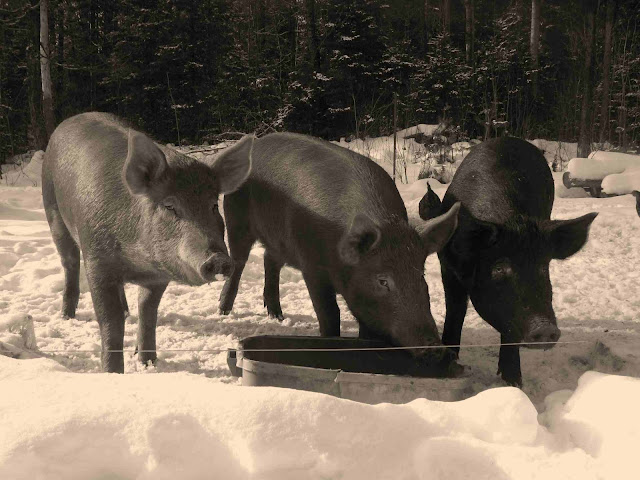 ( You might be wondering why there are no photos of the early stages and younger pigs.
I'm wondering the same thing.)