As promised, here are the doughnuts. 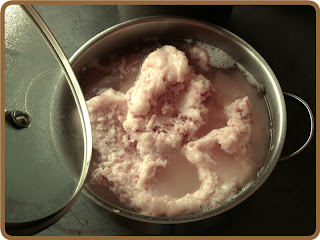 It starts with rendering the lard.
We just put the ground up lard in a pot and put it on the woodstove.
Ideally, rendering happens at about 150 deg. Celsius.
The woodstove is not so precise but it works well just the same. 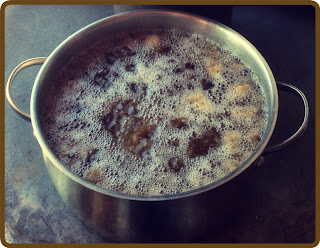 If you like the cracklings crispy then 200 degrees is better.
Just cook it until the cracklings are brown and then strain the lard.
Be prepared for your home to smell like a deep fryer.
Actually, the odour seems to dissipate faster than vegetable oil smell does. 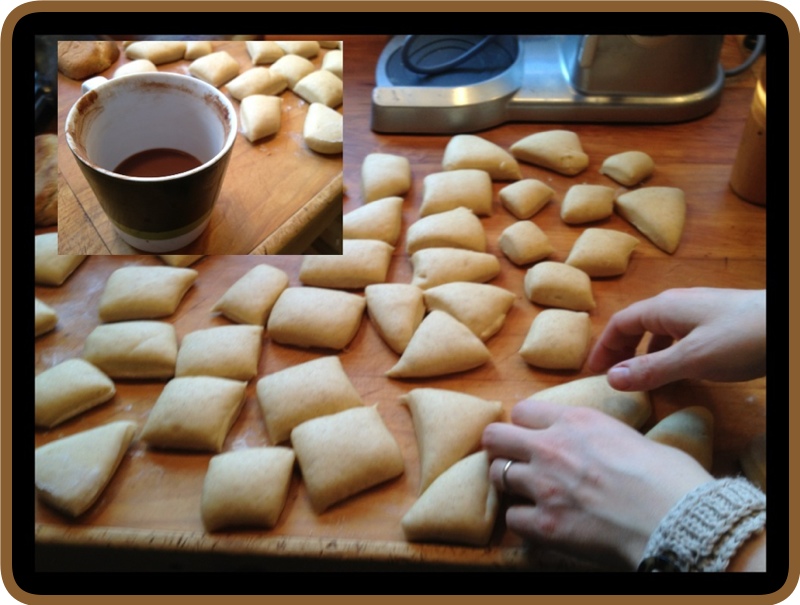 Kira decided to make smaller portions instead of the big round ones.
I would share the recipe but it wasn't an amazing dough.
We just tried one from the internet. 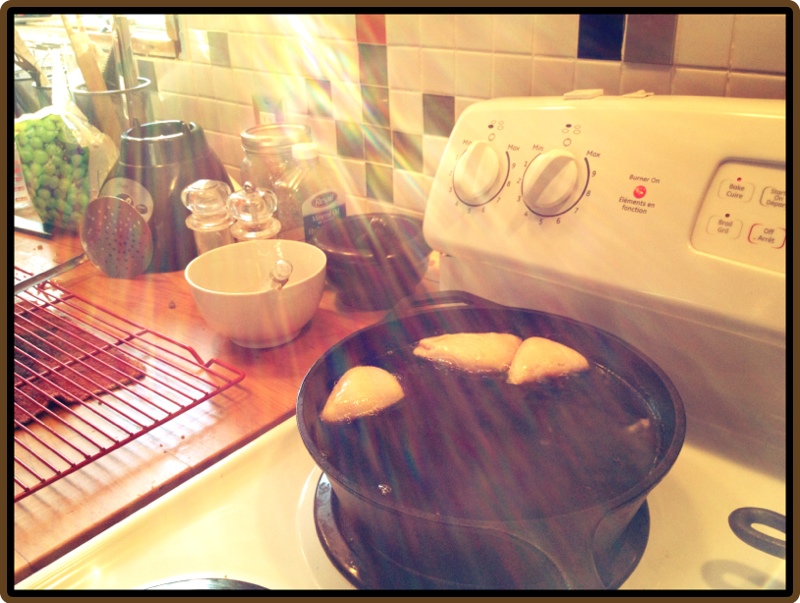 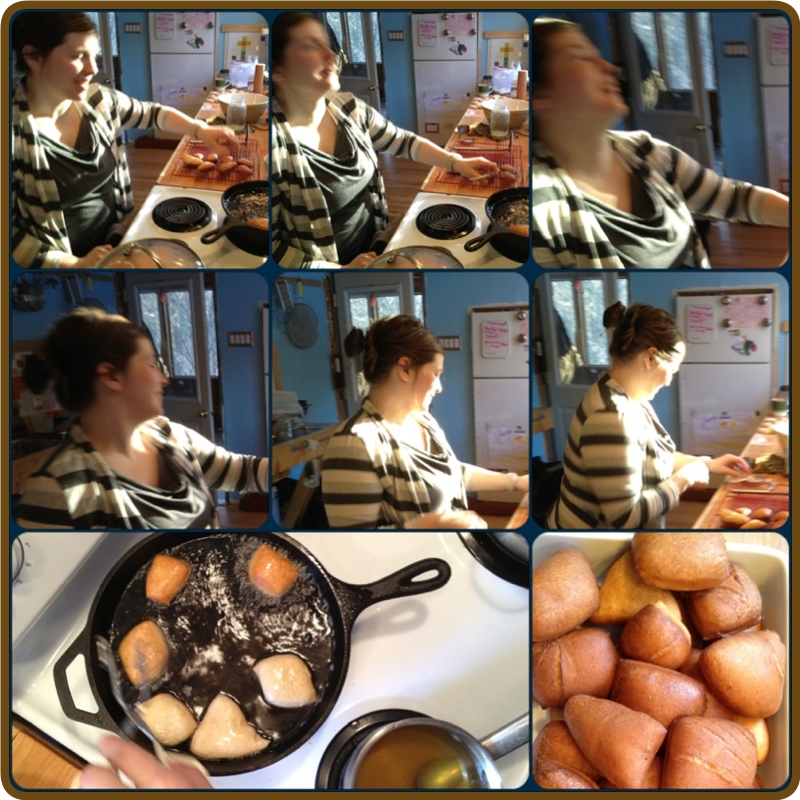 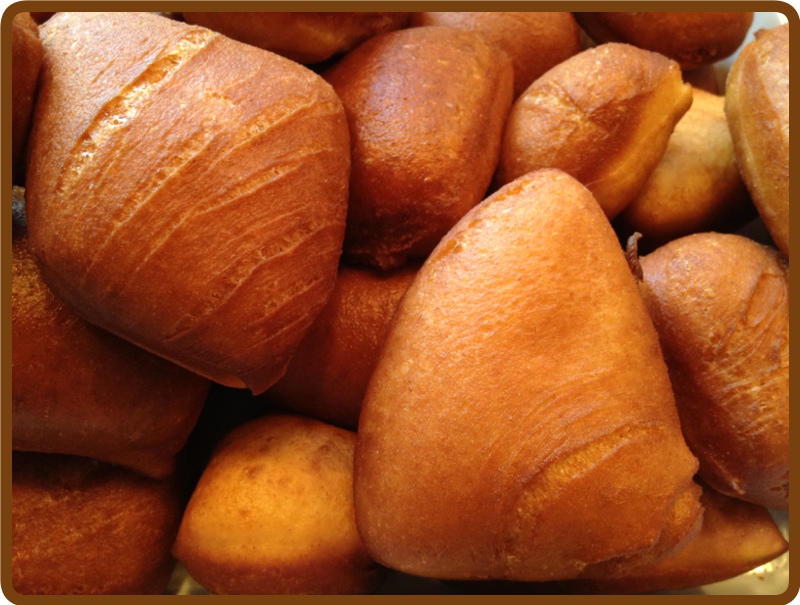 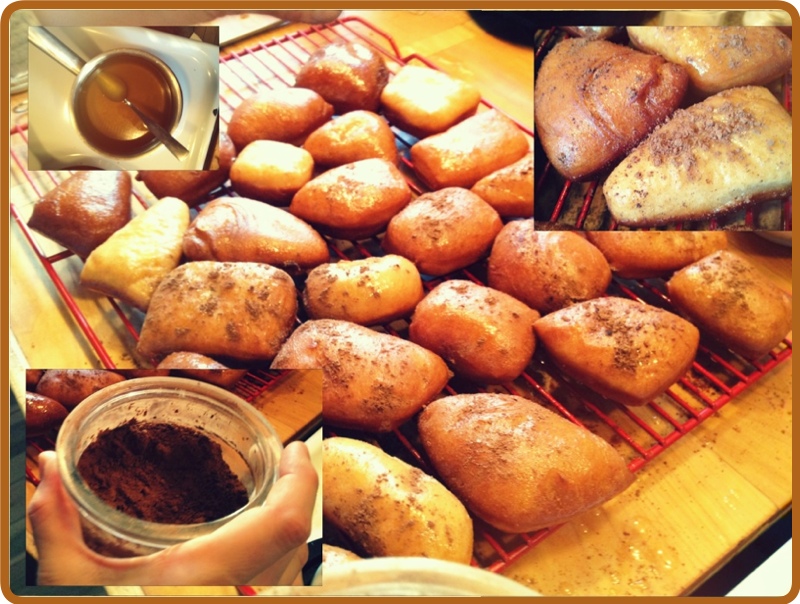 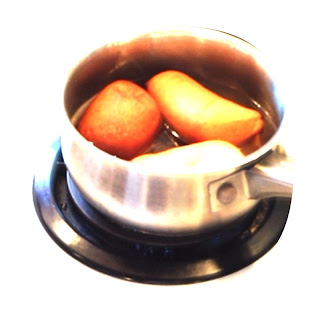 There was a honey glaze.
It begged for some chocolate.

Maybe that was me begging. 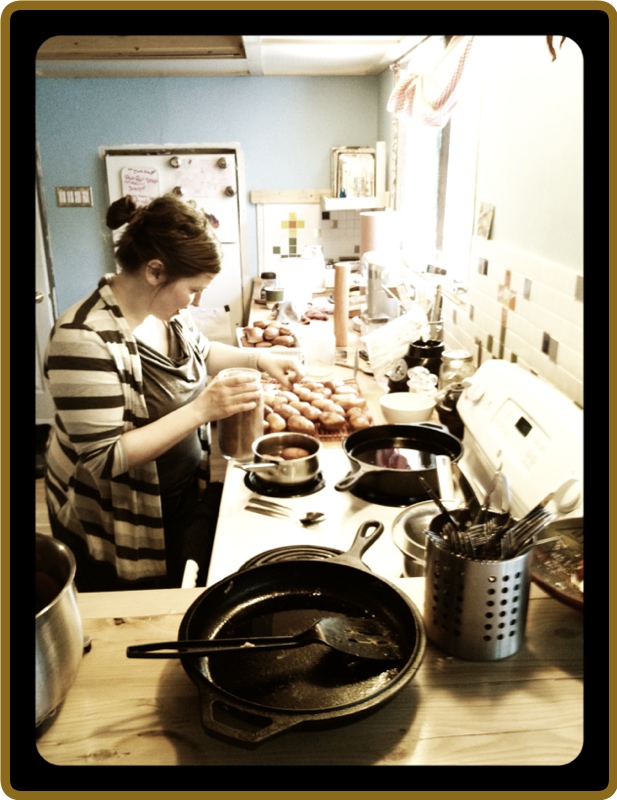 I would write some more but I am tired.

Tired from my chores?  No.

Tired from the Kids?  No.
Tired from being up too late?  No.

Tired from entertaining?  No. 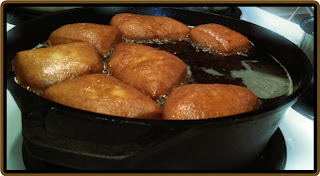 Too much cracklin'?  Yes.

Too many doughnuts?  Yes. 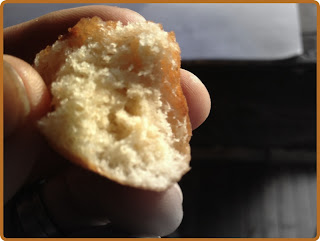 Our friend whose Grandmother made doughnuts whenever she rendered lard, told us that she never made them any other time.

Email ThisBlogThis!Share to TwitterShare to FacebookShare to Pinterest
Labels: In the Kitchen